The Supreme Court will on Monday take a call on crucial floor test in Maharashtra which will decide the fate of the BJP-led government.

The Apex Court yesterday issued notice to Centre, Maharashtra Government, Devendra Fadnavis and Ajit Pawar after hearing the petition of Shiv Sena-NCP-Congress challenging Governor’s invitation to Fadnavis to form the government in the state.

The court has ordered centre to produce relevant documents from Governor’s letter inviting BJP to form government and letter of support of MLAs by 10.30 am today.

The NCP, Congress and Shiv Sena challenged the Governor’s decision to administer the oath to Fadnavis and Ajit Pawar.

According to the chief minister office, the two discussed on various measures for additional support and assistance to unseasonal rain affected farmers.

Yesterday Ajit Pawar in his tweet insisted that he was in the NCP and that the BJP-NCP alliance shall provide a stable government in Maharashtra for the next five years.

“I am in the NCP and shall always be in the NCP and @PawarSpeaks Saheb is our leader. Our BJP-NCP alliance shall provide a stable Government in Maharashtra for the next five years which will work sincerely for the welfare of the State and its people,” Ajit Pawar tweeted.

Sharad Pawar in his reply ruled out any possibility of an alliance between the NCP and BJP.

“There is no question of forming an alliance with @BJP4Maharashtra. NCP has unanimously decided to ally with @ShivSena & @INCMaharashtra to form the government. Shri Ajit Pawar’s statement is false and misleading in order to create confusion and false perception among the people,” Sharad Pawat tweeted.

Senior Congress leader Randeep Singh Surjewala on Saturday lashed out at BJP. He termed BJP as ‘Contract Killer of Democracy’. In a press briefing, Surjewala said, BJP have actually betrayed the people of Maharashtra. 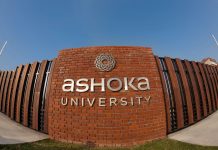 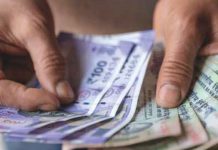