The caste violence in Maharashtra has entered the third day with a state-wide bandh call by groups of protestors. The bandh call was declared by Prakash Ambedkar, the grandson of Dalit icon BR Ambedkar. Almost 250 groups supported the bandh.

Educational institutions remained closed; the lifelines of commuters, trains and buses are running on usual schedules but are facing pressures to stop plying by protest groups.

Internet services have been suspended to lesser the tension in Aurangabad.

How it all started?

The incident occurred when clashes broke out between villagers and a large group of people marking January 1, 1818, victory of British troops over Peshwa Bajirao II’s army in Koregaon Bhima. Many groups of Dalits, who were going to celebrate an event near Pune city to mark 200 years of the Bhima Koregaon battle, were attacked.

Ease of doing business: India rising on the rank 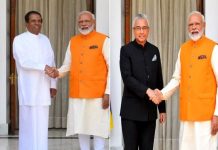