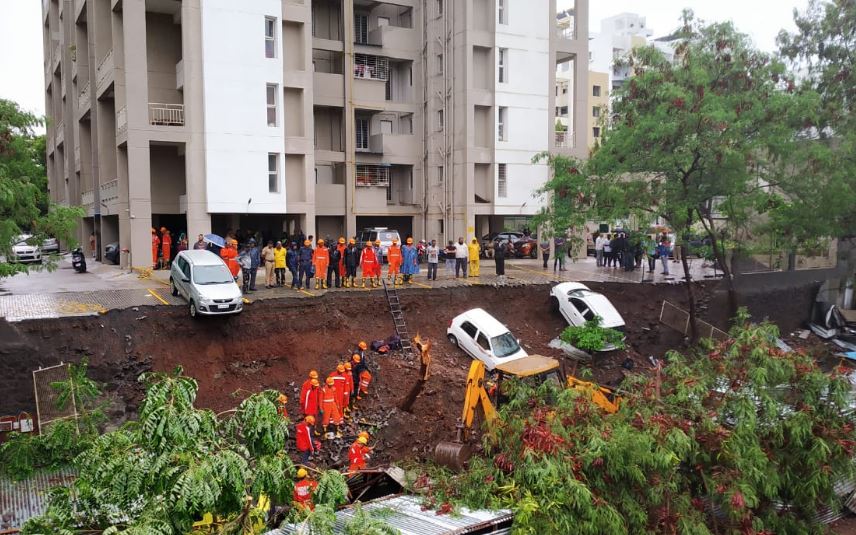 Fifteen people were killed in Pune after a wall of a residential building collapsed on early Saturday morning, following heavy rains.

According to the reports, the wall collapsed on shanties adjacent to apartment complex in Kondhwa area. The tin sheds were built for labourers working at a nearby construction site, the police said.

Due to wall collapse, several cars were seen stuck in debris.

National Disaster Response Force (NDRF) and the fire department were rushed to the spot and began the rescue operation.

The search is currently underway for people who may be stuck. The wall collapsed between 1.30 am – 1.45 am. an official said.

All injured were shifted to a nearby hospital for further treatment.

Pune saw heavy rain on Friday. The city received 73.1 millimetres of rain in past 24 hours, the second highest rainfall in June since 2010.