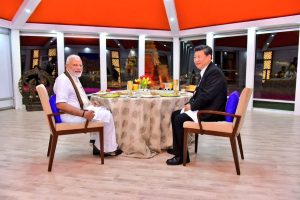 Prime Minister Narendra Modi and Chinese President Xi Jinping on Friday exchanged their views on deepening of the India-China partnership in the nearly five hours of time and discussion they spent together in Mahabalipuram.

Ministry of External Affairs spokesperson Raveesh Kumar said, “Concluding a highly productive day with a pleasant conversation over a long dinner PM @narendramodi & Chinese President Xi continued their exchange of views on deepening of the India-China partnership over a breathtaking Kalakshetra cultural performance followed by dinner.”

Elaborating on the discussions both leaders had, Foreign Secretary Vijay Gokhale said, “The two leaders held detailed discussions on their respective national vision, they discussed trade-related issues, including how to enhance bilateral trade volume; they also deliberated on the trade deficit and identified investment areas.”

“Some of the other topics included the challenges that both countries face on account of terrorism, that radicalisation is a matter of concern for both. And both would work together to see that radicalisation and terrorism does not affect the fabric of our societies,” said Gokhale.

PM Modi, dressed in the Tamil attire, took President Xi on a guided tour of the world heritage sites of Mahabalipuram.

While welcoming President Xi in Mamallapuram, PM Modi said, “Mamallapuram is one of the most beautiful places in India, full of vibrancy. It is linked to commerce, spirituality and is now a popular tourism centre.  I am delighted that President Xi Jinping and I are spending time in this scenic place, which is also a @UNESCO heritage site. 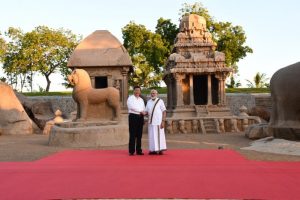 PM Modi then took President Xi to Arjuna’s Penance, which is one of the grandest places to see in Mamallapuram and showcases the best of Pallava Art, especially the depiction of nature and animals. 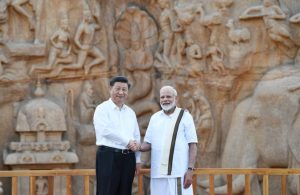 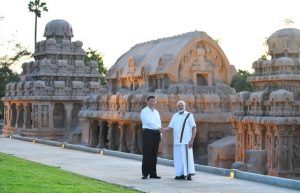 Later PM Modi and President Xi reached the Shore temple where they saw Kalakshetra cultural performance followed by dinner and had discussions on various issues related to both countries. 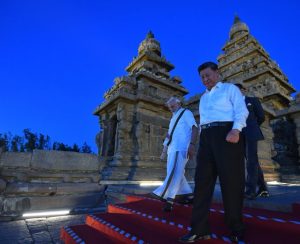 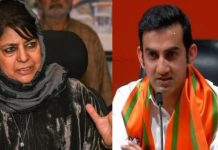