Have you ever thought, right, but you don’t know, but you may have already lived the happiest day in your whole fuckin’ life and all you have to look forward to is fuckin’ sickness and purgatory?”
Mike Leigh’s 1993 film Naked, through its violent, sociopathic protagonist Johnny, paints a bleak picture of post- Thatcher Britain. Unemployed — one of over 3.5 million in the country — and running away from a beating at the hands of a man whose wife he has raped, Johnny flees Manchester for London. He wanders the streets of the capital, latching on to people who offer him shelter from the cold, only to ridicule them with some of the sharpest dialogue written in cinema. He is a man convinced that society is on the verge of collapse, living with pre-apocalyptic abandon, scornful of those who still hope for better days.
The England around him provides little evidence to the contrary. It is a land of squalor, ignorance, want, idleness and disease (it is heavily insinuated that Johnny is HIV-positive), the five Giant Evils that the Beveridge Report sought to eliminate through its vision of a cradle-to- grave welfare state that formed the basis of post-War British society. This consensus, which even her Conservative Party supported in large part, was directly challenged and eventually shattered by Margaret Thatcher’s decade-long premiership. Her economic policies arrested rampant inflation and (somewhat) rekindled growth, but trebled unemployment; her cuts to social security programmes meant the unemployed lived worse lives. Her refusal to compromise with labour unions and her policy of mine closures destroyed the country’s coal industry, inflicting untellable harm to the communities that depended on mining for sustenance, and to trade unionism at large. Her proposal to let individuals buy their council homes precipitated a housing crisis that would in turn contribute to the 2008 financial collapse. Despite the shopkeeper’s daughter’s challenge to the traditional class barriers of politics, her policies increased inequality in Britain, making it the most unequal large nation in Europe today. Social mobility, despite her exhortations for the poor to lift themselves by the bootstraps, actually decreased in the Thatcher years from the levels under Labour rule. The only sight of Jerusalem in England’s green and pleasant land was the violence of the anti-Thatcher riots and the IRA’s bombing campaign.
More insidious than the economic impact of Thatcher’s policies was her championing of political individualism, the creation of the ‘Me Generation’. Johnny, and his yuppie mirror image Jeremy, are its products, devoid of empathy, giving voice to their, and society’s, darkest impulses. The film is populated by characters fending for themselves, jobless youths living on the street or security guards guarding empty buildings. They talk, but don’t listen, all preoccupied with the injustices in their own lives.
Jonathan Aitken’s biography of Margaret Thatcher doesn’t concern itself with the social costs of the Thatcher years. There is little critical examination of her policies; as a Conservative MP, Aitken is largely supportive of her economic reforms and rigid stance against the unions (“The power struggle against union militancy had to be fought and won”, he writes, expressing surprise that her actions did not win her popularity). The focus of the book is instead on the rough and tumble of British parliamentary politics, on Thatcher’s rise to power and eventual fall.
But despite its title, Margaret Thatcher: Power and Personality is by no means a hagiography. “This is a portrait that attempts to combine both the applause and appraisal,” he writes, and the book presents a fascinating account of the life of the first woman prime minister of a Western democracy, warts and all. Even in a year where Thatcher has been almost deified after her death, Aitken does not make any efforts to paper over her personal failings. “She was much easier to admire from afar than to work with at close quarters,” he writes. “She could be personally kind to her staff but impersonally unpleasant towards those whose views or misfortunes lay outside her field of empathy. She was never an easy person.” He calls her quoting of St Francis’ apocryphal prayer — “Where there is discord, may we bring harmony” — on taking office an “ill-judged lurch into uncharacteristic hypocrisy”.

Her ambition, nurtured by her father and helped by her insecurities about her background, defined her from an early age. At one point in Phyllida Lloyd’s The Iron Lady, an ageing Thatcher says that politics “used to be about doing something. Now it is about being someone.” But Margaret Roberts was always obsessed with becoming an MP. Aitken describes her in Oxford, disenchanted by the male chauvinism and social snobbery that she faced, but winning no friends through her constant attempts at recruiting whoever she met into the Conservative Party. Over-eager and socially awkward, lacking a common touch or a sense of humour, Thatcher’s ambition would leave her isolated throughout her career.
Despite her ambition, few considered Thatcher a likely future prime minister before the infamous winter of discontent in 1979, when James Callaghan’s Labour government failed to prevent the largest industrial action in half a century. It wasn’t just her gender; Aitken’s biography shows in great detail how she was a political lightweight until the precise moment when she was not. Although a powerful public speaker, she struggled in Parliament, being outmanoeuvred so easily by Harold Wilson and Callaghan while Leader of the Opposition that her party was already contemplating replacing her. Her rise to that post was the result of there being no credible alternative to Ted Heath, and helped by a Macchiavellian campaign for the leadership. Even her promotions in the party to the front bench, Aitken contends, were largely the result of her being the token woman.
For someone who changed the fundamental ideology of Britain, there was very little Britain knew about the ideas Thatcher stood for before her election. They knew much more about what she was against. She was never overtly involved in the ideological debates the Conservative party faced in the 1970s, though she did discreetly support the neoliberals led by Keith Joseph. Unlike the principles of the welfare state, arrived at after years of negotiations, protests and incremental advances, her policies were imposed on the nation through the “elective dictatorship” of her secure majority in Parliament. Those in her Cabinet who disagreed were replaced by those who didn’t, and the split in the Labour party meant she never had a credible Opposition to worry about. Any fears of losing an election were laid to rest after the spectacular victory in the Falkland Islands.
Instead of coherent ideas, what Britain got from Thatcher throughout her political career was a set of homilies, reducing the complexities of governance into highly simplistic rubrics. She shrewdly couched the most divisive of ideas in common sense — balancing the budget is like keeping household accounts; no mother would ever deny her child milk, so it is all right for the government to do so — which often conveniently ignored the realities of poverty. These shallow statements were accompanied by one of the most negative election campaigns in British history. It’s a model that is copied extensively today, both by the Tea Party in the US and Narendra Modi in India, successful as it feeds on, and adds to, the paranoia of the middle classes. This brand of disingenuous politics may be her most dangerous legacy of all.
ajachi@tehelka.com 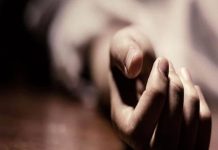