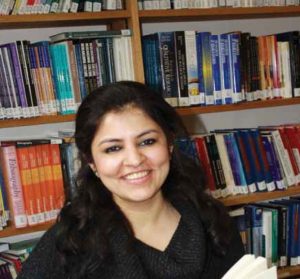 Why did you opt to focus on the madrasas for Muslim girls?

The core idea of my research stems from my past experience of working with the Muslim community in Delhi as a social worker. Observing the daily lives of people especially the women, hearing them talk about themselves I would often be struck by the manner in which categories such as biradari, religion, class, gender, community fuse to create opportunities and obstacles and shape daily choices. In this work I try to capture the everyday experiences of girls studying in madrasa in their own voice — their views of what they learn in madrasas, how they relate to what they are learning, what they discuss amongst themselves, how they relate what they have learnt to their life at home and in the wider community, how do they perceive their own education and its value, how do they envision their future.

While working in the community I observed that there was a preference for sending boys to low fee paying private schools whereas the girls were sent to govt schools and/or madrasas. Or they were shifted to madrasas from schools generally after class 8th or 10th. This made me look into girls madrasas and I noticed that in academic literature, policy and also popular imagery madrasas were regarded as almost exclusively male institutions. My main aim was to go beyond and challenge these stereotypical imageries. All these factors led me to opt for girls madrasas.

How different was the atmosphere in the madrasas from the typically set, much-in-circulation perceptions? Were you pleasantly surprised or what were your reactions?

The book counters several stereotypes/ much — in-circulation perceptions… My work challenges ideas that regard madrasas as outmoded medieval institutions and assume that such education necessarily inculcates traditional values or produces women whose aspirations conform to normative expectations around homemaking and motherhood.

The book introduces the reader to a variety of girls, many of whom find their educational and aspirational horizons expanded as a result of the madrasa experience. What might seem like a respectable parking place to leave women as they wait for marriage while preparing for pious and conservative lives turns out to offer richer and a more ambivalent set of possibilities.

It also calls for a shift from the top down state led madarsa modernisation programme to bottom up processes moving madrasas towards ‘modernisation’. My book highlights the multiple micro processes at play — the competing interests shaping parental demand for madrasa education and extent to which it is gendered, the discernable trend in madarsas to combine religious (dini talim) with modern (duniyavi talim), role of madarass in fostering peer networks and linkages which aid student aspirations and enable transition to mainstream education/public spaces in unanticipated ways.

Rather than bracketing madrasas in terms of tradition vs modern, religious vs sacred my research highlights its not dichotomies but a continuum at work. The madrasas and mainstream educational institutions do not represent mutually insulated spheres; they are characterised by constant to-and-fro movement and continuity.

These linkages are often self-consciously contrived, with madrasas actively seeking to get recognition for their qualifications from universities and education boards, or spontaneously generated by parents and students. The girls I researched had studied in so-called secular schools, ranging from government to private schools, before joining the madrasa.

Several of them, while in the madrasa, were simultaneously sitting for open school exams through distance learning mode. On completion of their madrasa education many of them opted for higher education in central universities that recognised madrasa degrees.

Before you entered the madrasas and met the teachers and students, were you apprehensive? If so, please detail the whys.

Initially one is apprehensive as the madrasa especially a girls is a highly fenced institution. It prizes its security arrangements. All the girls madrasas I visited listed the fact that they provide a mehfooz mahaul — gates, iron grills, restrictions on visitors — in their brochures.

Gaining ongoing access was one of the biggest challenges I faced in my fieldwork. But I think this is also largely owing to the fact that post 9/11 madrasas are always under the radar so they have to be extra cautious.

There is a hidden agenda behind outside visitors, as the madrasa founder president said generally ‘journalist out to tarnish the images’.

So while it appears intimidating, yet once you meet the students and teachers, it’s like any other educational institution teaming with young students.

What do you think of the madrasas and the students and the teachers?

I graduated from being apprehensive, lost and feeling quite unwanted (as a researcher), overwhelmed by the disciplinary regime and everyday rituals to regarding the madrasa a place where I had friends and found great peace (sukoon as they used to call it). It was a great learning and humbling experience.

Comment on the right-wing’s ongoing propaganda about the madrasas.

The simmering tension between the constitutional morality and popular morality is perhaps most evident in the competing understandings of secular India. Decades of propaganda by the Right Wing has entrenched prejudice against the minorities especially Muslims.

Every motif associated with Muslims is vilified and under attack– Madrasas are right there on top of the list. This is compounded by the international islamophobic narrative — where post 9/11 and the war on terror the genesis of all violence in the name of religion is traced to madrasa.

My book builds the narrative from bottom up, looking at the micro context, the everyday lives.

I demonstrate how despite Constitutional safeguards Muslim communities in India are increasingly having to rely on Muslim networks for basic services- education, health, housing, employment.

There is a discernable impulse for change in Muslim communities- for example for women’s education.

But the wider canvas marked by increasing communalization of social space excludes Muslims and limits choices. Community institutions are seen as safer.

All the parents, community members, girls, I interviewed wanted education but and its was not religious conservatism that led to their opting for madrasa education but a combination of factors- affordability, feeling that community institutions were safe for girls, concerns surrounding marriage and so on. 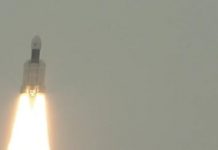 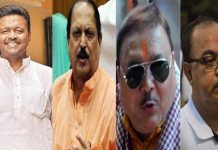