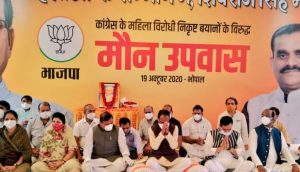 BJP leader Jyotiraditya Scindia along with several ministers of the state observed the silent protest in Indore.

Shivraj Singh said that Kamal Nath has not only insulted Imarti Devi but every sister-daughter.

On Sunday, former chief minister Kamal Nath sparked a controversy after he allegedly referred to BJP leader Imarti Devi as an item.

Bypolls for 28 Madhya Pradesh assembly seats are scheduled for November 3. 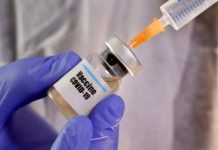