The class 6 girl of Lucknow’s Brightland School, who is accused of allegedly stabbing a class I student inside the school premises, said that she is being framed by the school.

The girl was granted bail until January 30 after being presented before the Juvenile Justice Board.

While talking to the media on January 22, the girl student said that there has been an argument between her father and the teachers and that’s the reason why she is being framed.

The class 6 student pleaded her innocence and also alleged a foul play in the victim’s testimony. According to her, she has been keeping short hair since November but the boy identified her from her old photo in which she was having long hair,

“A photo of mine was produced before him. I was told by the school management that he has identified me.

The girl requested the authorities to investigate the case thoroughly and catch the real culprit.

“I want the case to be investigated thoroughly and the real culprit to be punished. If I am innocent I must be allowed to walk free. I know I am innocent,” she said. 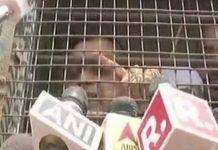