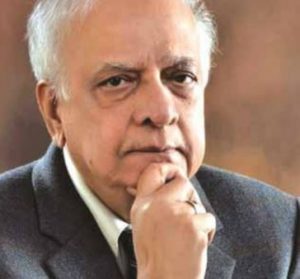 Hari Jaisingh, the veteran journalist and editor, is a well-known name in the subcontinent. After all, he’s been editor of national dailies and publications and he has also authored several non-fictions — No, My Lord!, Kashmir — A Tale Of Shame, India After Indira — The Turbulent Years, India Between Dream And Reality and other volumes.

And, now that he is out with his debut novel — Zarina, there is bound to be much focus on it. Yes, it did come as bit of a surprise to realise that this busy editor was so very passionately writing his very first novel. And, as one read this novel, which revolves around not just along an emotional overflow but also contains a well-structured story which is not too far from the realities of the day. It gets somewhat apparent that the story has been close to his heart and soul. Probably, Jaisingh had been seeing and sensing all these build-ups, and was waiting for that ripe enough moment to unleash this story on paper.

There is a definite spontaneous flow to his writing. Mind you, it’s a tale pregnant with happenings and shifts and counter shifts and not to miss out the very climax. No, nothing dramatic but quiet and peaceful. What holds sway is the very expanse of the novel. It covers three continents — Asia, Africa, America. And not just that, the story moves along a purposeful strain, as the central character, Priya, changes the very course of her life … so much so that she even changes her name, from Priya to Zarina. If you were to query that vital why? Well, there unfolds the varying highs to this novel, bringing to the fore an interplay of emotional happening. Priya falls in love with a young Muslim man, Zaheer, and it’s their love that takes the story forward towards the expected logical conclusions, where sense and sensitivity prevails.

There are no violent eruptions. On the contrary, several subtle and subdued moves hold out, carrying an abundance of wisdom laden strains.

Though I am more than tempted is to write and focus on the intense philosophical relays that this novels holds out, but it would be best if the readers read it for themselves and inhale the wisdom.

In fact, the very introductory lines to this novel are enough to relay what awaits the reader — I quote from one of those lines: “She is a young lady at the cusps of a new world which is tantalisingly different from Lagos, the most fascinating conurbation in Africa, where she had her childhood and schooling, and her first crush. Yet she did the unthinkable within a few years of setting foot in America. and embarked on a journey, like a Star Trek voyager, ‘to boldly go where no man has gone before.’ For her, from being Priya (Beloved in Hindi), in a traditional Hindu family with liberal values tempered by the sufferings endured during the creation of Pakistan out of British India in 1947, to Zarina (Golden beauty in Persian) as the wife of an Indian American Muslim with roots in the Hindi heartland of Uttar Pradesh its upbringing in Pakistan’s North West frontier region that refuses to be subdued even today…”

And as Jaisingh calls that transformation in the central character, that is when Priya marries Zaheer and changes her name to Zarina, as ‘no small step…it was as giant a leap as Neil Armstrong’s on the moon for mankind in July 1969’, so the offshoots cannot be expected to be regular. But, thankfully, there are none of the typical Hindu — Muslim clashes and confrontations. Rather acceptance of the other, with great sensitivity and with an abundance of emotions.

There is lot of dialoguing between the prime characters in this novel. Maybe a good strategy, as the dialogues expressed clear the haze and throw light on the  crucial issues and misconceptions holding sway in today’s world. But then, they also distract. Thankfully, not much come in the way of the flow of the story, which flows along uninterrupted and ever so gently right till the very end. 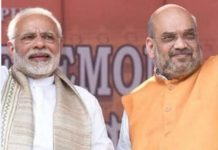 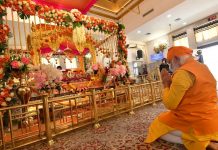