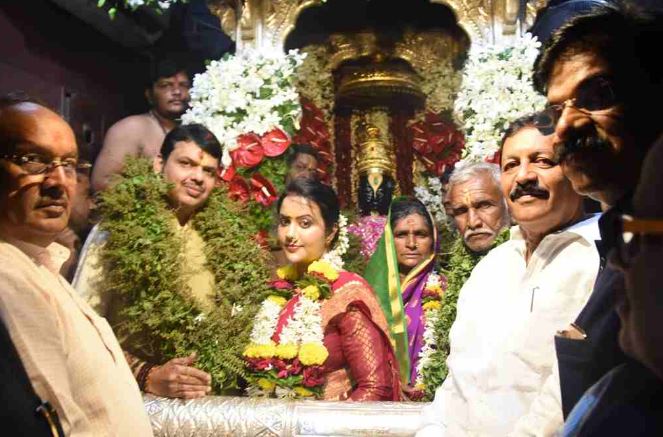 State government follows the path of Chhatrapati Shivaji Maharaj and Dr. Babasaheb Ambedkar’s constitutional thoughts. ‘We are working to fulfil wishes of people in the state, please let there be enough rainfall in the state…let the drought be over and make us prosperous and happy’, CM prayed to Lord Viththala. Varkari (pilgrim to Pandharpur) Viththal Chavan and his wife Prayagbai Chavan from Dist.- Latur got the honour to perform mahapuja on Ashadi Ekadashi along with CM Devandra Fadnavis and his wife Amrita Fadnavis.

CM Devendra Fadnavis expressed, Wari to Pandharpur is a tradition followed from many centuries. Wari and Warkari kept alive the religion and culture in the times of invasions
on Maharashtra. Dindi (walking trails) walk in disciplined way every year. That creates a positive environment. This positive energy will be used to make Maharashtra green lush, rich and tree-abundant. The government is trying to make this wari, that is a hundred year old tradition, clean and pure with the help of NGOs. CM appealed to warakari to participate in the drive to make it successful.

Chhatrapati Shivaji Maharaj taught Maharashtra to respect people and their feelings. He told that justice to Maratha and Dhangar community is given taking the inspiration from Chhatrapati Shivaji Maharaj.
He praised the work that temple committee has done in last two years. He appealed all warkari to actively participate in the mission- “Namami Chandrabhaga’ to make it successful.”Namami Chandrabhaga” is a mission started by the government to clean Chandrabhaga River.

CM Devendra Fadnavis was felicitated on the behalf of farmers and warkari
community in gratitude of granting reservation to the Maratha Community. Temple employees also felicitated CM as state government has decided to make temple employees
permanent employees.

CM Devendra Fadnavis handed over the one year free-travel paas to the honoured warkari couple, on the behalf of MSRTC. CM also unveiled the books Milestone, Ringan and Vedsohala- the books that reports about programmes organised by the temple trust and its
journey. 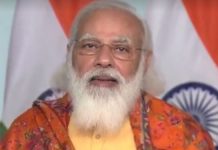