Congress leader Mallikarjun Kharge has declined Prime Minister Narendra Modi’s invitation to be a “special invitee” at a meeting to select the Lokpal selection committee, to be held on March 1.

Kharge, in a letter to PM Modi, on February 28, said, “At the outset, let me state on behalf of myself, my party and the entire opposition that ‘Special Invitee Invitation” is a concerted effort to exclude the independent voice of the opposition altogether from the selection process of the most important anti-corruption watchdog …My mere presence as a special invitee without rights of participation, recording of opinion and voting would be a mere eyewash.”

The high-powered meeting will be attended by Chief Justice of India Dipak Misra, Lok Sabha speaker Sumitra Mahajan and an eminent jurist, apart from PM Modi. 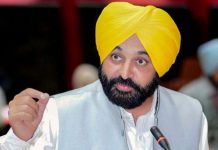