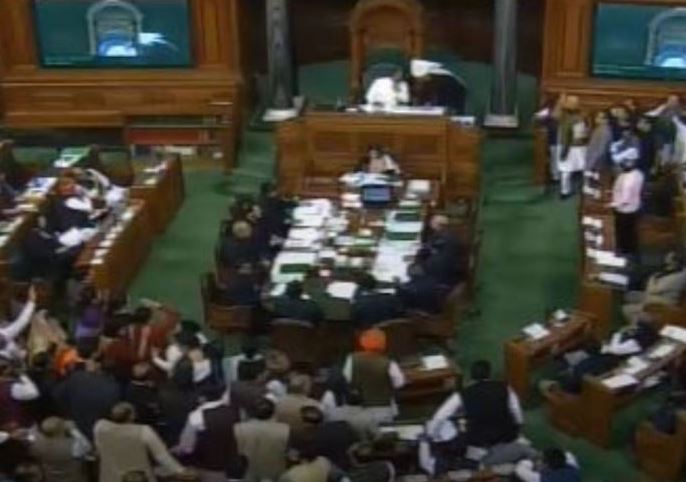 The BJP on Friday launched an attack in the Lok Sabha on Congress leader Rahul Gandhi for his reported “Rape in India” comment at an election rally in Jharkhand and sought his apology.

Attacking Rahul, BJP’s Smriti Irani said, “this is the first time in history of India that a leader is giving a clarion call that Indian women should be raped. Is this Rahul Gandhi’s message to the people of the country? He should be punished.”

Rahul, in a public rally had remarked, “Narendra Modi had said ‘Make in India’ but nowadays wherever you look, it is ‘Rape in India’.

Several MPs also raised slogans against Rahul Gandhi in the Rajya Sabha after which Chairman M Venkaiah Naidu said, “You cannot take the name of a person who is not a member of this House. Nobody has the business to disturb the House.”

The BJP on its Twitter account said, “After everything fails, Rahul Gandhi is back to insulting and denigrating India! It is crass and insensitive to politicise a heinous crime like rape. But what else can we expect of Gandhi scion…”

The Role Of Private Capital Mobilization In Development