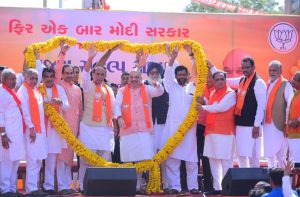 Bharatiya Janata Party (BJP) president Amit Shah, who is contesting the Lok Sabha election from Gujarat’s capital Gandhinagar will on Saturday file his nomination following a mega rally and a roadshow in the Gujarat capital.

Shah, who is a Rajya Sabha member, will be contesting his first Lok Sabha election. He is accompanied by other top leaders of the party as well as several members of the National Democratic Alliance (NDA).

Union Ministers Rajnath Singh and Nitin Gadkari accompanied Shah for the roadshow and will be present when Shah files his nomination papers. 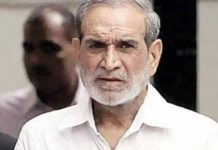