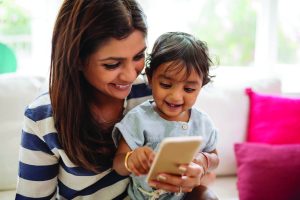 If a child is becoming restless, the easiest solution is to hand over whatever gadget is nearby and make him sit with it peacefully for hours. However, the World Health Organisation says it is crucial that children sit less and play more for overall health. In a new set of guidelines, the World Health Organization said that infants under 1 year old should not be exposed to electronic screens and that children between the ages of 2 and 4 should not have more than one hour of “sedentary screen time” each day.

Limiting, and in some cases eliminating, screen time for children under the age of 5 will result in healthier adults, the organization, a United Nations health agency, said. But taking away iPads and other electronic devices is only part of the solution, the researchers said. Children under 5 should also get more exercise and sleep in order to develop better habits that will stave off obesity and diseases in adolescence and adulthood, the guidelines said.

The WHO drew on emerging — but as yet unsettled — science about the risks screens pose to the development of young minds at a time when surveys show children are spending increasing amounts of time watching smartphones and other mobile devices. Ninety-five percent of families with children under the age of 8 have smartphones, according to the nonprofit organization Common Sense Media, and 42 percent of children under 8 have access to their own tablet device.

Experts in child development say the acquisition of language and social skills, typically by interacting with parents and others, are among the most important cognitive tasks of childhood. “Achieving health for all means doing what is best for health right from the beginning of people’s lives,” WHO Director-General Tedros Adhanom Ghebreyesus said in a statement. “Early childhood is a period of rapid development and a time when family lifestyle patterns can be adapted to boost health gains.”

The guidelines, like those of other public health groups that have weighed such issues in recent years, also seek to provide clear rules for the messy realities of parenting, when a fussy baby may be soothed most easily by a video of a nursery rhyme, or a grandmother three states away may be able to engage with a toddler only over Skype.

This disjuncture means that strict rules sometimes generate more guilt than useful corrections in parenting decisions, according to pediatricians and researchers who have studied the issue.

“It induces a real conflict,” University of Michigan pediatrician Jenny Radesky, author of screen-time guidelines for the American Academy of Pediatrics in 2016, was quoted as saying by Washing Post. “The more guidelines we give, it just seems like there’s going to be more of a mismatch between what experts say … and what it feels like to be a parent in the real world every day.”

Radesky said Silicon Valley, which over the past year has introduced a number of tools to help parents limit children’s screen time, could go further by improving those tools and designing services in ways less likely to encourage heavy use by children. Features that discourage breaks, such as YouTube’s default autoplay feature, are a frequent source of complaint among consumer advocates who say technology companies are encouraging compulsive behavior by children who lack adult self-control. (YouTube has long said its service is not intended for those under 13, but surveys show it is popular among younger children.)

The announcement by the WHO, the public health agency of the United Nations, gave international heft to the burgeoning push for limiting the amount of time children spend in front of screens when access to mobile devices is growing sharply worldwide. Smartphones, first popularized with Apple’s introduction of the iPhone in 2007, were once mainly found in affluent countries such as the United States. But their numbers now measure in the billions and, along with other mobile devices, are the main portal to the Internet for much of the world.

YouTube alone has a global audience exceeding 2 billion people, fueling calls among consumer advocates for measures to curb the exposure of children as scientists continue to study the effect of screens on brain development. “It’s extraordinarily important that someone with the authority and reach of the WHO is saying this,” Josh Golin of the Campaign for a Commercial Free-Childhood, an advocacy group based in Boston, reportedly said. Screen time, he noted, is “not essential to learning, and it’s not effective at teaching.”

The WHO’s rules track loosely with those of other public health groups in the United States and elsewhere, which typically have urged limited screen time and copious personal interaction and sleep for preschoolers. The American Academy of Pediatrics’ guidelines make an exception to allow video chatting for children under 18 months and suggest that those closer to 2 might benefit from occasional viewing of educational videos. Overall, the group said parents should “prioritize creative, unplugged play time for infants and toddlers.”

Although there is widespread agreement among scientists and physicians about the risks of excessive screen time for children, many lament the limitations of the studies that exist. Long-term consequences can be hard to measure, and ethical concerns prevent experiments in which, for example, one group of infants watches two hours of videos per day while a second group plays outside or chats with parents, the Washington Post report pointed out.

There also is debate over whether all screen time is created equal. Is a video of other children unboxing toys better or worse than a FaceTime chat with a traveling parent? Are interactive games better than just passively watching shows?

Research on older children has associated screen time with behavioral and development issues, but research on babies and toddlers is more inconclusive. One study published in JAMA Pediatrics in January found that screen time could delay toddlers’ language and sociability skills. Another study published this month in Pediatrics found that parents interacted with, and spoke to, their toddlers more when reading print books than when they read electronic books to their children. Scientific consensus is beginning to emerge from such research and from the observed experiences of psychologists, pediatricians and parents. 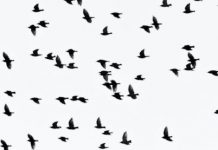 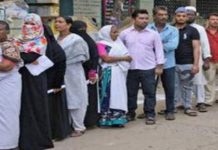