In first sentencing on a lynching case, a Special Fast Track court in Ramgarh, Jharkhand, on March 21 awarded life imprisonment to 11 of 12 cow vigilantes for ‘beating to death’ a meat trader Alimuddin Ansari in June last year. However, the court has deferred its decision on 12th convict who is said to be a juvenile.

The prosecution says that the 12th convict should be treated as an adult although he is in between the age of 16 and 18.

On March 16, the court of the additional district judge-II of Ramgarh Om Prakash had held all the accused persons guilty under various sections of Indian Penal Code, including 302 (murder). They were accused of lynching a meat trader Alimuddin Ansari alias Asgar Ali at Bazartand locality in Ramgarh on June 29, 2017.

“Besides, sentencing them for life term the court has also slapped a fine of ₹2,000 on each the accused,” said additional public prosecutor Sushil Kumar Shukla.

Earlier State government had requested the Jharkhand High Court to constitute a special fast track court for a speedy trial of the case.

On June 29, 2017, Alimuddin Ansari, 55, was beaten to death by a mob led by members of a local gau raksha samiti, who had intercepted his van in which he was carrying beef. The mob had also set his vehicle ablaze. 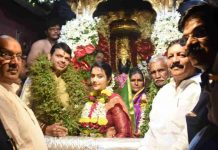