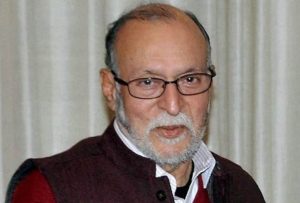 Amid deteriorating air quality in Delhi, authorities have asked 113 industries to shut for not converting to Piped Natural Gas (PNG), an official statement said. Out of the 113 units, 67 are located in Bawana and Narela industrial areas.

LG office said in a statement, “It was further informed that closure directions have been issued to 113 industries which have not converted to PNG.”

Lt Governor Anil Baijal while chairing a meeting with officials was told that 1,368 show cause notices and 417 closure directions have been issued against polluting units by the Delhi Pollution Control Committee.

“The pollution was in control in Delhi throughout the year, but this time (winters) every year, Delhi has to face severe pollution condition due to the Centre, BJP-led Haryana and Congress-led Punjab governments,” Delhi Chief Minister Arvind Kejriwal tweeted.

“Despite our all-out efforts, they are not ready to do anything. Farmers of these two states are also fed up with their governments,” CM tweeted.

Seeing the prevailing pollution situation the Supreme Court has also asked the Central Pollution Control Board to open a social media account where people could complain regarding pollution in Delhi.

The apex court also asked the Delhi transport department to add on its website, list of more than 10-year-old diesel and more than 15-year-old petrol vehicles so that they can be impounded.

Delhi’s air quality remained in the very-poor category with an overall air quality index of 348 on October 29.

Nearly 5000 persons die in every year in road accidents in... 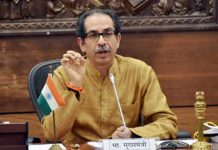