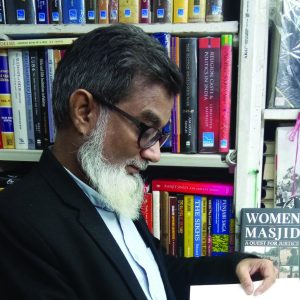 Even before I read this latest book by the well-known New Delhi-based journalist and author Ziya Us Salam, I was sitting in awe and respect of his very writing prowess. The magnitude and reach of his works is impressive. In the last two years he has authored at least five books, published by the best known publishing houses, focusing on the various aspects to Islam and its followers. And three of his books –Of Saffron Flags and Skull Caps, Till Talaq Do Us Part, Lynch Files are of immense significance today, in our present day communally surcharged political scenario; what, with the right-wing political lobbies poisoning the very atmosphere, spreading hate propaganda against the ‘other’.

Ziya Us Salam’s latest book — Women In Masjid — A Quest For Justice carries in its fold an abundance of facts and information related to the very fundamental rights of the woman in Islam. And one of these rights is her right to go to a mosque to offer prayers. To quote — “Islam does not discriminate between men and women. The Quran promises as much reward for roza (fast), a Haj or an act of charity for a woman as a man. At nearly 60 places, it asks both men and women to establish prayer, as opposed to merely offering prayer. Establishing prayer, scholars agree, is done through congregation. Men do it by praying in mosques. But what about women?”

Though women have an equal right in Islam to enter mosques for offering prayers, but the reality is that in our country social taboos and ignorance and patriarchal holds hold sway, and come in way. Of course even here exceptions hold out in the Kashmir Valley and also in certain locales of South India there are separate sections in the mosque reserved for the women to pray…In fact, on several occasions I have myself offered prayers in the different mosques of Srinagar. But as I have mentioned earlier, these are some of those exceptional places. The sad reality is that in a great majority of mosques in the country, women are not really allowed nor encouraged to enter mosques to pray.

It’s about time that these rights given to a woman in Islam are brought out and focused on and with that more and more women are encouraged to pray in the mosque. In fact, this book is laced with historicalcum religious facts and a whole range of incidents which go on to show that women have all the rights to enter the mosque to pray. This book narrates to the readers that “Prophet Muhammad clearly permitted women to enter mosque. It is a permission well respected in mosques across West Asia, Europe and America. Yet, in an overwhelmingly majority of mosques in India, women are virtually barred from entry. No explicit ban, just a tacit one.”

It is time that Islam is portrayed in its truest essence. And Ziya Us Salam does so, through his writings. 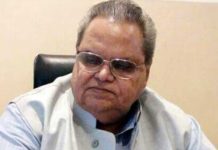