Kumar, who began his international career in 2006 at the South Asian Games in Sri Lanka, announced his retirement ahead of Pro Kabaddi League (PKL) where he represents the Jaipur Pink Panthers.

“When I started playing kabaddi, it was a great hobby and over the years a hobby became the most important part of my life. The day I took to playing kabaddi professionally, I had one dream, to represent my country and bring back a gold medal,” Anup Kumar said.

Kumar further said, “I am one of the few lucky people who had the opportunity to accomplish the most important dream of my life. Today, with the Pro Kabaddi League, the magnitude of the sport has grown by leaps and bounds and I could not be happier than to watch and grow and be a part of this journey.”

Reacting to the announcement, League Commissioner of VIVO Pro Kabaddi League Anupam Goswami, said, “It is also for the first time a senior player has announced the retirement of his playing career during an ongoing season of VIVO Pro Kabaddi. Just shows the importance kabaddi players attach to a league like Pro Kabaddi. Anup, of course, has been a senior player and a role model athlete for this sport. We totally respect his decision. “ 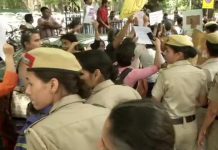