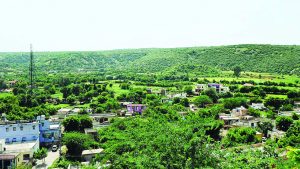 Amidst vociferous protests and a walkout by the Congress members The Punjab Land Preservation (Haryana Amendment) Bill, 2019 was passed with retrospective effect from November 1966 in the Haryana Assembly on February 27, the concluding day of the Budget session.

They alleged that it was a big scam and demanded setting up of an all party committee to examine the bill thoroughly. The government, howver, did not accept this and the bill was passed even as the Congress members walked out in protest.

Earlier, the Haryana Government’s  move to amend the Punjab Land Preservation Act (PLPA), 1900, to render it inapplicable in several areas covered by the Aravali range in Gurugram came under fire by the opposition in the Budget session of Haryana Vidhan Sabha even before the bill was introduced on the floor of the House.

Chief Minister Manohar Lal Khattar tried to allay the fear of the people that the amendment to the PLPA will not do any harm to the environment. He said on the contrary it will save and protect the Aravalis from the present disaster.

Khattar said that amendments in the Punjab Land Preservation Act (PLPA) were the need of the hour as it was a very old Act and much has changed over the period of time. The government, he said, was concerned over the preservation and promotion of environment.

The controversy began because the government wanted to allow a portion of the Arvalis open for real estate development and this was the crux of all the objections. The opposition was immediately up in arms and raised a hue and cry. Leader of Opposition (LoP) Abhay Singh Chautala as well as Congress MLAs from Palwal and Tigaon Karan Singh Dalal and Lalit Nagar, respectively lambasted the Manohar Lal Khattar led BJP government. The legislatures alleged that the real purpose of the Amendment was to `benefit the realtors’.

The members feard that the government move could prove to have a devastatingly effect on the environment  and prove disastrous for the people’s health what with the pollution level in Gurugram already so high.

The change in the PLPA act will also grant legitimacy to Kant Enclave in Faridabad, built on PLPA notified land. It was ordered to be demolished by the Supreme Court earlier. The Supreme Court had held that Kant Enclave was a forest land or was required to be treated as a forest or forest land. Therefore no construction activity could have been permitted on it with effect from August 18, 1992. Since then all construction activities in Kant Enclave since have been illegal and not allowed under law.

In the light of this, the environmentalists have been quick to target the state government for its dilution of the green law. It is a fact that the people Gurugram and Faridabad are already facing several health issues as the pollution levels in these cities are among the highest in the country. People cannot even breathe properly in many parts of these cities. It is a well-known fact that the Aravali forest range with its trees and vegetation serve as the green lungs for the people. But even if these were allowed to be converted into concrete jungles, people will suffer from diseases.

Both leader of opposition Om Prakash Chautala and Congress member Karan Singh Dalal argued against the proposed changes in the PLPA Act even before it was introduced in the Haryana Assembly. The matter was raised by the members during the discussion on the Governor’s Address in the Haryana Vidhan Sabha.

Karan Singh Dalal said he is against leaving larger areas of the Aravallis open for developers for construction activities. Another Congress MLA Lalit Nagar also raised the issue forcefully and alleged that due to high levels of pollution in Gurugram and Faridabad, many babies were being born with ailments and disabilities. This was a serious matter, he said and called for immediate measures to check it instead of taking any step which could actually worsen the situation and damage ecology beyond rapair. However, Khattar claimed that the amendment was aimed at protecting Aravalis.He said that the fragile Aravalis ecosystem had been exploited for long through illegal mining. He said the amendments are actually targeted to improve the ecosystem without actually in any way damaging the environment.

Haryana Forest Minister Rao Narbir Singh too justified the Amendment and claimed that the BJP government did it in public interest and only those areas which came under the development plan were being exempted from the applicability of the Act. The Haryana minister claimed that almost the entire Gurugram came under the PLPA and if the Act was not amended, it could cause hardship to several localities that have come up in violation of this Act in the area.

It is alleged that hundreds of licences for construction of residential and commercial complexes were issued during the Congress regime with complete disregard to the fact that the PLPA was applicable. At a later stage someone went to the court against Kant Enclave and its demolition orders were issued by the Supreme Court. Now if tomorrow the court is moved against other colonies, they too may face the same action, the minister said. In fact Rao Narbir Singh went on to claim that the BJP government’ decision was actually in public interest. He explained that the objectives of the Amendment state that almost 25 per cent of the state’s geographical area came under the Punjab Land Preservation Act. He explained that this led to large tracts under agriculture, public, residential, institutional, commercial and other uses being considered unauthorised activities and unlawful uses despite the fact that they were permitted because of the applicability of the PLPA, according to the amendment in the act.

On the controversial issue, the opposition leaders argued that the changes in the act will only help the real estate developers, as well as the Haryana Urban Development Authority (HUDA) and individuals by allowing construction activity in areas where it was earlier not allowed due to enforcement of Punjab Land Preservation Act.

Evironmental activists also fear the consequences of the environment change. The Aravali areas are the only forested areas in bigger cities like Gurugram and Faridabad. They provide critical ecological services like ground water recharge and wildlife get their habitats. They are actually the last green lungs in rapidly concretising cities. Such environments are necessary for a healthy climate, the environmentalists feel. The Supreme Court had ruled way back in 2004 that the Aravalis have to be protected at any cost. The court  also observed that PLPA areas were forest even if the notifications had expired.  Some people therefore argued that any attempt to dilute the Act could threaten Aravalis much against directions of the apex court. 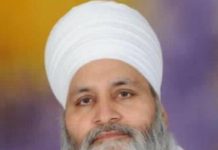