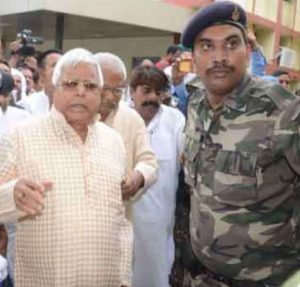 Lalu who arrived in Ranchi on Wednesday was directed by the Jharkhand High Court to surrender before the CBI court by August 30.

Prior to surrender, Lalu Prasad Yadav said that he has trust in the CBI’s court decision.

As per the reports Lalu will now be sent to jail first and then to the hospital for treatment.

Lalu, who was on provisional bail till August 20, had requested the Jharkhand High Court to extend his bail for three more months on medical grounds.  Jharkhand High Court on August 24 refused to extend the bail and ordered Lalu Yadav to surrender by August 30 before the CBI court and directed the state government to provide medical care to RJD chief whenever needed.

Lalu Prasad Yadav has been convicted in four cases of the multi-crore rupees fodder scam. 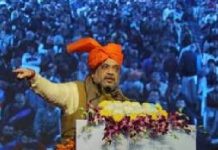