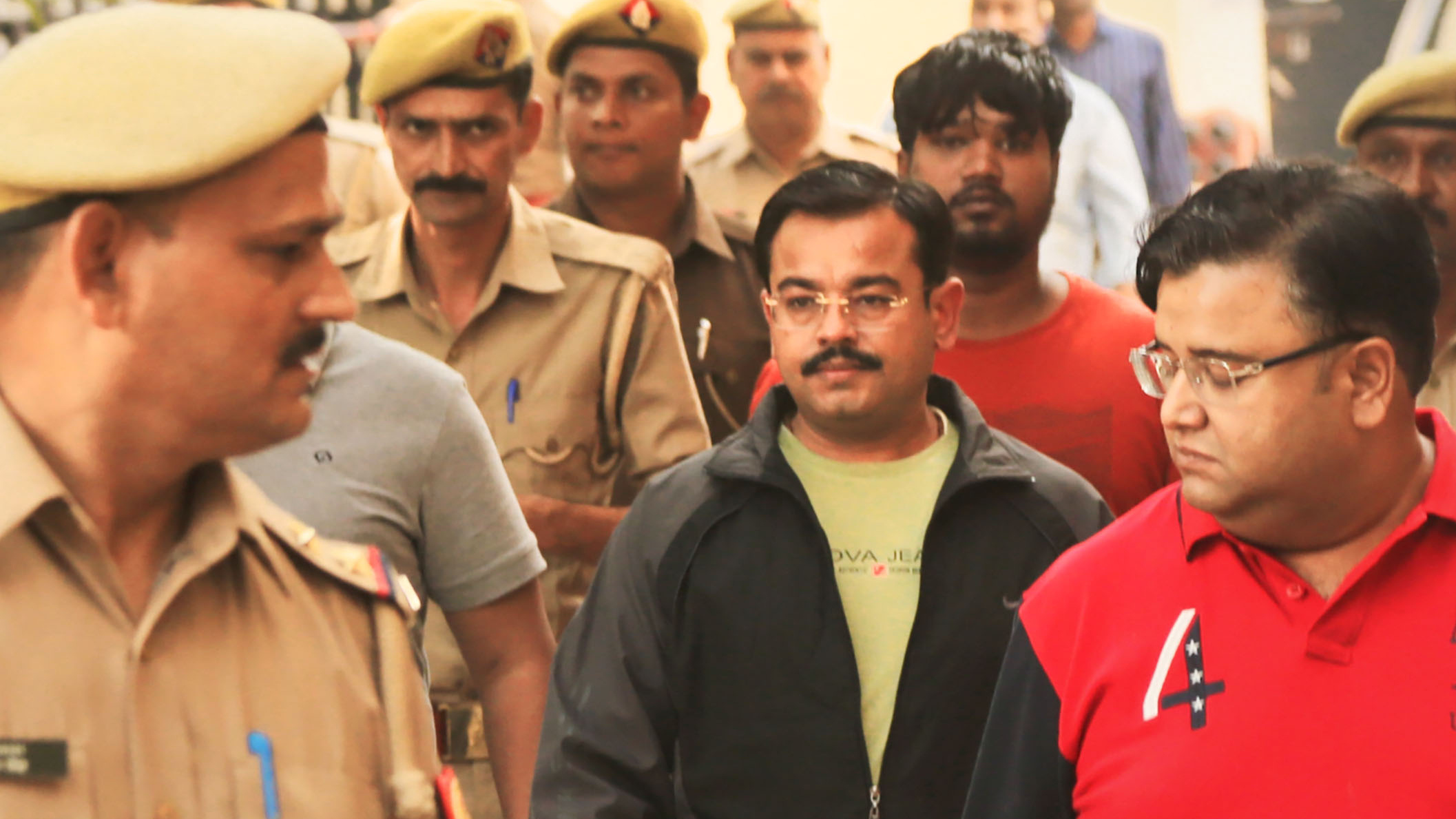 The SIT constituted by the Supreme Court in its chargesheet has vindicated all the allegations against Union Minister’s son Ashish Mishra Monu and his 13 associates in connection with the incident of mowing down of  four farmers and a journalist in Lakimpur Kheri, reports Mudit Mathur

The Special Investigation Team (SIT) constituted by the Supreme Court has in its chargesheet vindicated all the allegations against Union Minister’s son Ashish Mishra Monu and his 13 associates, confirming his presence in the Thar Mahindra jeep and firing gun shots at farmers on 3rd October 2021 in Tikunia area of Lakhimpur Kheri. Now,  he has to face trial for murder and well-planned conspiracy. The Sanyukt Kisan Morcha is unhappy over sparing the union minister from the ambit of probe despite his name appearing in the draft for FIR filed by deceased farmers’ families.

A convoy of three vehicles, including one owned by Union Minister of State for Home Ajay Mishra Teni, ploughed into a group of protesting farmers murdering four farmers and a journalist. In retaliatory ferocity, three accused BJP workers were lynched on the spot after  the ghastly massacre as their speeding vehicle overturned just after the incident.

The Court of Chief Judicial Magistrate, Chinta Ram took the cognizance of the chargesheet and committed the case for session trial in accordance with law under Section 34, 302, 307, 326 and 120-B of IPC. The eyewitness account and video footage of a nearby petrol pump followed with testimonies of 99 witnesses were recorded under section 164 CrPC before the court, and all of them have professedly pointed out presence and involvement Ashish Mishra at the spot. Testimonies of witnesses were verified through investigation at the spot.

The court completed its proceedings through video conferencing. Thirteen of the accused, including Union minister Ajay Mishra Teni’s son Ashish Mishra, appeared before the court from the jail where they are lodged and produced before the CJM. Two counsels, Ramashish Mishra and Chandran Singh, appeared on behalf of 12 of the accused and were provided with a copy of the chargesheet by the court. The case was later sent to the District and Sessions Court as per criminal code procedure where the next hearing will be commenced on January 20.

The SIT probing the Lakhimpur Kheri violence had filed a 5,000-page chargesheet against 14 accused, including Union minister Ajay Mishra Teni’s son Ashish and brother-in-law Virendra Shukla for destroying evidence of crime but so far it has not included the name of the Union Minister Ajay Mishra Teni for conspiracy nor questioned him. SIT is still investigating and gathering credible evidences against him. The chargesheet was carried to the court of the chief judicial magistrate in Lakhimpur town in a big trunk secured by two locks by the chief investigator Vidya Ram Diwakar.

Virendra Shukla, who is the block chief from Palia in Kheri district and was identified as the owner of the Scorpio SUV that was part of Ashish’s convoy and charged under IPC section 201 (causing disappearance of evidence) and charged under Section 177 of the Motor Vehicle Act for hiding vehicle after the crime. A chargesheet was filed by the SIT against main accused Ashish Mishra and 16 others. Three accused in this case are already dead in alleged mob lynching and, hence, charges were levelled against 14 accused. Of these, 13 are in jail, and their judicial custody was converted to trial custody.

Three BJP workers, Shyam Sundar Nishad, Shubham Mishra and Hari Om Mishra, who were allegedly lynched by farmers in retaliation were also named as accused in this case. However, the brother-in-law of Minister Shukla was bailed out by CJM as he was charged against bailable offences. Investigation in this case is still under way, and a supplementary chargesheet is expected soon, the sources added.

Though Union Minister Ajay Mishra’s name, too, figures in the complaints made by farmers and brother of journalist but the SIT has neither named him in the chargesheet, nor questioned him so far. Sources close to SIT investigations are hopeful of a supplementary chargesheet to be filed after enough evidences are collected against “some more people.”

The SIT had earlier submitted in court that the incident was “a planned one and not an act of negligence.” The court later dropped the sections pertaining to “accident” from the FIR and included sections 307 (attempt to murder), 326 (voluntarily causing grievous hurt using weapon which is likely to cause death), 34 (criminal acts done by several persons in furtherance of common intention) of the IPC, along with sections 3/25, 5/27 and 30 of the Arms Act.

SIT investigations also mentioned ballistic findings confirming gunshots on farmers who were returning home from the protest site over the three farm laws. CCTV footage from petrol pump also confirmed his presence on the crime spot contradicting minister’s claims that his son was not present when crime occurred.

Advocate Mohammad Amaan, the representative of the victim farmers, informed the court that they had named Ajay Mishra in the complaint. Still, his name was not included in the FIR, despite its specific mention. Later, they had also approached SIT to include the name, but nothing happened. Speaking to the media, Amaan alleged that the team had not probed the case properly. The car that rammed over people was registered in the name of Ajay Mishra, but his name was nowhere found mentioned in the FIR, he added. The advocate said he would move to court, asking for a fair and thorough investigation.

The 19-year-old Lovpreet Singh of nearby village Bhagwant Nagar lost his life in the murderous attack. He was lone brother of two sisters and living in just small hutment of two rooms. His father, Satnam Singh says we will not be satisfied till the arrest and resignation of the concerned minister. His mother added while talking the media, “We will not sit in silence unless he is dethroned.”

The father of Raman Kashyap, the slayed journalist, Ram Dulare said, “We are little bit satisfied but justice is incomplete. We want arrest and ouster of Ajay Mishra Teni from the cabinet.” Raman left behind his wife with two kids of just 10 and 2 ½ years old.

Sukhwinder Singh, son of farmer Gurwinder Singh from Bahraich, who was killed in the attack echoed similar sentiments, “We had withdrawn our protest after the incident in the belief that action will be taken against the minister. The government is not fulfilling its promises. Ajay Mishra should also be sent to jail.”

On the other hand, the SIT has so far arrested seven farmers in the other case of retaliatory assassination of three BJP workers under the charges of mob lynching. They include Vichitra Singh, Gurvinder Singh, Avtar Singh, Ranjeet Singh, Gurpreet Singh, Kamaljeet Singh and Sonu alias Kavaljeet Singh. Some more farmers could be on the radar of SIT.

Advocate Harjeet Singh, who is representing the farmers, said, “A few farmers were earlier summoned for questioning under lenient sections as they were part of the mob but were not involved in the violence. The farmers who received the summons now are the ones who are witnesses in the main case of the murder of farmers. We are waiting for the SIT to find the two other accused in the convoy who managed to escape.”

The Supreme Court directed the SIT to complete its probe soon. It also added three Indian Police Service officers to the team– those who are not from Uttar Pradesh, though they are allocated to the UP cadre. This was done over concerns that local policemen would manipulate the probe.

In the poll-bound states of Uttar Pradesh, Uttarakhand and Punjab, the farmers continued to voice for ouster and arrest of State Minister in Union Home AffairsMinistry, Ajay Mishra Teni. Soon after sparing him in the chargesheet, the issue further aggravated in political arena as most of the political parties are targeting top BJP leadership over political patronage to a minister.

Demanding his dismissal, Congress leader Rahul Gandhi took to Twitter to say that the whole country witnessed to the truth of the 5,000-page chargesheet, “yet the Modi government is trying to save the accused.””Modi ji, it’s time to apologise again… But first remove the accused’s father from the post of the minister. The truth is out!” Rahul added reacting on the chargesheet.

The political repercussions of the issue were reflected during recent Punjab visit of Prime Minister Narendra Modi, where he could not address a rally with an unprecedented retreat due to ire of agitating farmers and blockage of roads. The farmers were annoyed with the approach of his government over their demands including sacking of Ajay Mishra Teni from his cabinet and compensation to 700 farmers who had sacrificed their lives against, now repealed, three farm laws.

“While those in the BJP are saying that the rally was cancelled due to a lapse in security of the prime minister, the Punjab chief minister is claiming that the PM returned because of empty chairs at the rally. “Now it is necessary to investigate whether there is a lapse in the security or the anger of the farmers!” Prominent leader of the farmer Rakesh Tikait tweeted in Hindi soon after the incident. 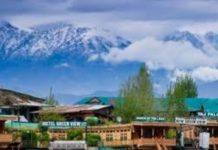