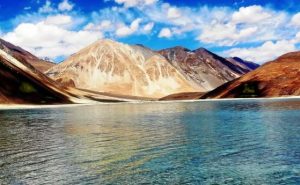 Jammu and Kashmir Government has approved creation of a separate Administrative and Revenue Division for Ladakh. This division will comprise Leh and Kargil Districts with its headquarters at Leh.

The Government has also approved creation of the posts of Divisional Commissioner (Ladakh), Leh and Inspector General of Police (Ladakh), Leh.

Further, a committee has been constituted under the chairmanship of Principal Secretary to Government, Planning, Development and Monitoring Department to identify the posts of divisional level heads of various departments that may be required for the new Division; particularly their staffing pattern, role and responsibilities and proposed location of these offices.

“The issue was discussed at various fora and there has been a persistent demand for the creation of Division for Ladakh from many organizations including the Ladakh Autonomous Hill Development Councils (LAHDC) Leh and Kargil,” a statement issued by the state government said.

“The people of Ladakh have, for a long time, been demanding effective local institutional arrangements which can help promote and accelerate the pace of development and equitable all-round growth and development having regard to its peculiar geo-climatic and topographic conditions, stimulate and seek fullest participation of the local community in the decision-making process”.

At present the powers of local governance in the region have already been decentralized by formation of Hill Development Councils for the Leh and Kargil Districts.

Currently, the Ladakh region forms a part of the Kashmir Division of Jammu and Kashmir.

“Taking all these into consideration, the Government has decided to create a separate Administrative/Revenue Division for Ladakh,” the government statement said. “A Divisional Commissioner and Inspector General of Police for Ladakh Division will be appointed shortly. The Committee under Principal Secretary (Planning) will finalize all other details on posts, staffing, roles, responsibilities and location of offices”. 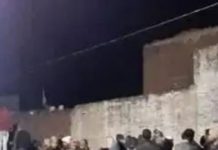