The Minister of State (Health and Family Welfare), Ashwini Kumar Choubey stated this in a written reply in the Lok Sabha on March 13 that the average life expectancy at birth has increased from 49.7 during 1970-75 to 69.0 in 2013-17, registering an increase of 19.3 years during this period. However, most states in India continue to struggle with providing basic medical care for its citizens thus leading to low life expectancy which falls short of most developed and developing nations.

A primary cause of this is accessibility because despite schemes like Ayushman Bharat Yojana which is a flagship scheme of the government’s National Health Policy which aims to provide free health coverage at the secondary and tertiary levels to its bottom 40% poor and vulnerable population. It was launched in September 2018, under the aegis of Ministry of Health and Family Welfare.

Many people in the country are still with little or no access to healthcare, many of them in rural locations. The scheme has faced some challenges mainly that of fraudulent medical bills. There have been media reports of misuse of the Ayushman Bharat scheme by unscrupulous private hospitals through submission of fake medical bills.

Under the Scheme, surgeries have been claimed to be performed on persons who had been discharged long ago and dialysis has been shown as performed at hospitals not having kidney transplant facility.

There are at least 697 fake cases in Uttarkhand State alone, where fine of one crore has been imposed on hospitals for frauds under the Scheme. However, unlike the earlier RSBY (Rashtriya Swasthya Bima Yojana) era, plagued by lax monitoring of insurance fraud, AB-PMJAY involves a robust information technology infrastructure overseeing transactions and locating suspicious surges across the country. Many hospitals have been blacklisted and the constantly evolving fraud-control system will play a major role in streamlining the scheme as it matures.

The cost of care is also keeping citizens from getting proper treatment.  The fact is close to two-thirds of households seek healthcare from the private medical sector. There are operators offering health insurance covers but only 5% of households report that a household member has coverage of any kind.  Till now, many rural communities across the country are without access to hospitals and clinics. Inhabitants that seek out treatment face long-distance travel, and often settle for care at the most convenient locations instead of finding the specialised care their conditions demand. As it involves loss of days earnings, these people are left without any treatment. 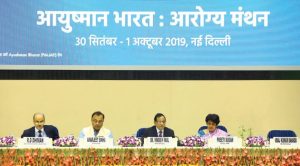 Reports suggest that there are 750,000 doctors in India, which amounts to only one for every 1,425 people. The other problem is infrastructure and equipment: without water, power, and proper facilities, effective care is difficult to provide. A paper commissioned by UNICEF India recommended increasing availability of specialist health services in remote locations by testing improved communication technologies, monetary incentive structures for doctors providing rural service, and increased numbers of post-graduate seats in medical colleges.

The Indian Journal of Community Medicine has given the Five A’s that are major challenges. The first challenges is awareness or the lack of it: How aware is the Indian population about important issues regarding their own health? Studies on awareness are many and diverse, but lacunae in awareness appear to cut across the lifespan in our country. Adequate knowledge regarding breastfeeding practice was found in only one-third of the antenatal mothers in two studies.

For instance, a study in urban Haryana found that only 11.3% of the adolescent girls studied knew correctly about key reproductive health issues. A review article on geriatric morbidity found that 20.3% of participants were aware of common causes of prevalent illness and their prevention. Why is the level of health awareness low in the Indian population? The answers may lie in low educational status, poor functional literacy, low accent on education within the healthcare system, and low priority for health in the population, among others.

Then there is the issue of access or the lack of it. Physical reach is one of the basic determinants of access, defined as “the ability to enter a healthcare facility within 5 km from the place of residence or work”. Using this definition, a study found that in rural areas, only 37% of people were able to access proper medical facilities within a 5 km distance, and 68% were able to access out-patient facilities. Even if a healthcare facility is physically accessible, what is the quality of care that it offers is a question? Is that care continuously available? While the National (Rural) Health Mission has done much to improve the infrastructure in the Indian Government healthcare system, yet still many of the primary health centers (PHCs) lacked basic infrastructural facilities such as beds, wards, toilets, drinking water facility, clean labor rooms for delivery etc.

Then there is the issue of absence or the human power crisis in healthcare.  It is estimated that India has roughly 20 health workers per 10,000 population, with allopathic doctors comprising 31% of the workforce, nurses and midwives 30%, pharmacists 11%, AYUSH practitioners 9%, and others 9%. The state-run health sector still is the only option for much of the rural and peri-urban areas of the country. The lack of a qualified person at the point of delivery when a person has traveled a fair distance to reach is a big discouragement to the health-seeking behavior of the population.

The public sector offers healthcare at low or no cost but is perceived as being unreliable, of indifferent quality and generally is not the first choice, unless one cannot afford private care. Then comes accountability or the lack of it.  The five as presented above present challenges to the health and consequently to the life expectancy.

As per the report quoted in Lok Sabha on March 13, the life expectancy at birth for male and female during 2013-17 were 67.8 and 70.4 years respectively. The State/UT-wise details are provided at Annexure. However, State/UT-wise average life expectancy of male and female in the rural and urban areas of the country may also be accessed from the report SRS Based Life Table 2013-17 available at the portal of Census of India.

Recognizing the need for specialized accessible health care for the elderly, the Government of India has launched various programmes, including the National Programme for Health Care of Elderly (NPHCE) and Integrated Programme for Older Persons such as Ayushman Bharat. These programmes aim to provide health care facilities to senior citizens (aged 60 years and above) at primary, secondary and tertiary health care delivery system and to further increase the average life expectancy of people. The government has enacted ‘Maintenance and Welfare of Parents and Senior Citizens Act, 2007’.

The measures taken/proposed by the Government of India is providing better health services to ensure healthy life and to further improve the average life expectancy of the people in the country.

The Ayushman Bharat effort, with its two components of Health and Wellness Centres (HWCs) and Pradhan Mantri Jan Arogya Yojana (PMJAY), addresses disparity in access and
reduces out of pocket expenditure for secondary and tertiary care hospitalization for   40% of India’s population. The scheme provides hospital care for about 1,350 illnesses at secondary and tertiary level empanelled public and private hospitals. HWC encourages  healthy choices and behaviours including Yoga and other physical activities.

Continuum of care is being provided to all elderly citizen of age above 60 years from preventive and promotive up to rehabilitation in Geriatric units of District Hospital, Community Health Centres and Primary Health Centres under National programme for   Healthcare of Elderly (NPHCE).

Palliative care is being provided to terminal cases of Cancer, AIDS etc. under National programme for Palliative Care (NPPC).

Operationalizing health facilities in rural areas (through placement of human resources in difficult areas, supply of equipment, drugs and diagnostics).

Expectation of Life at Birth by Sex and Area of Residence, India and Bigger States/UT’s, 2013-17 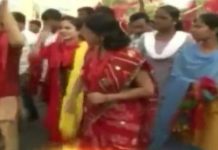 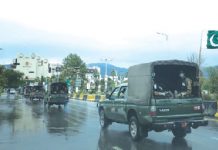