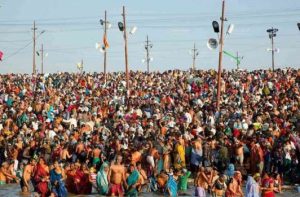 The Kumbh Mela 2019— the largest religious gathering — has begun early Tuesday morning at Prayagraj with the holy dip at Sangam, the confluence of rivers Ganga and Yamuna rivers and the mystical Saraswati.

Elaborate security arrangements have been made for the devotees.

On the first day of Kumbh Mela, Prime Minister Narendra Modi tweeted, “I hope that the pilgrims from India and abroad will see a philosophy of spiritual, cultural and social diversity of India. My wish is that more and more people become part of this divine and grand event.”

Soon after midnight, hundreds of devotees who have gathered for the fair from within the country and abroad, began proceeding towards the bathing ghats.

“As the Kumbh Mela begins, greetings to fellow citizens and to pilgrims from across the world. The Kumbh is an important part of India’s spiritual and cultural heritage. Appreciate efforts of the Union and Uttar Pradesh govts in this logistically massive exercise,” President Ram Nath Kovind tweeted.

Kumbh is regarded as the world’s largest religious festival, which sees the participation of sadhus and devotees across the country.

The Kumbh Mela is held every six years, while the Maha Kumbh takes place every 12 years. 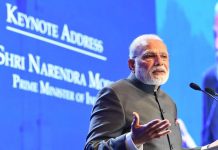