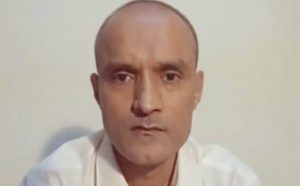 The International Court of Justice (ICJ) at Hague on Monday began the four-day public hearings of Kulbhushan Jadhav’s case.

Jadhav was sentenced to death after Pakistan charged him of espionage for Indian intelligence agencies in April 2017.

India moved the ICJ in May in 2017 against the “farcical trial” by the Pakistani military court against 48-year-old Jadhav.

The court stayed his execution, but a final verdict is pending.

Today India made its submission, on February 19, Pakistan will get its chance to make submissions.

On February 20, India will reply whereas Pakistan will make its closing submissions on February 21.

Pakistan claimed that its security forces arrested Jadhav from restive Balochistan province on March 3, 2016, after he reportedly entered from Iran. But India maintains that Jadhav was kidnapped from Iran.

India said, Jadhav’s military trial was a “farcical case” based on “malicious propaganda”.

“There is no manner of doubt that Pakistan was using this as a propaganda tool. Pakistan was bound to grant consular access without delay,” Harish Salve said.

“Pakistan’s allegations have no role to play in the matter presented here. The case related solely to violation of Article 36 of the Vienna Convention by Pakistan,” Salve added.

“Pakistan should have provided a substantial explanation for why it needed three months for providing consular access, upon which it could have claimed that it has complied with treaty obligation,” Harish Salve said.

In the present case, review and reconsideration of case would be inadequate, Salve said, adding that the relief should be in the form of a direction to set Jadhav free.

India submitted that military courts of Pakistan cannot command the confidence of this court and should not be sanctify by a direction to them to review and re-consider the case, Salve said.

“India seeks annulment of Jadhav’s conviction and a direction that he be released immediately,” Salve concluded.