He is hailed as the ‘Padman’ of Kolkata. With just 3000 in hand every month, 20-year-old Sobhan Mukherjee from Kolkata’s Bansdroni has set out to make his second brainchild Bandhan, a project through which he delivers sanitary napkins at a minimal rate in public toilets, as big as possible. Sobhan’s first project Tridhara introduced separate sections for the third gender in public toilets for the very first time in Kolkata. However, Sobhan is experiencing an everyday hypocrisy where Bandhan is welcomed but the door is mostly still shut for Tridhara.

“I am glad that Bandhan is getting much attention but shocked at the same time that the same people are not ready to accept the existence of the third gender in society,” said Mukherjee.

This Geography graduate shot to limelight for Tridhara that remained much of a challenging task for him. Rather, it still is while Bandhan is being widely accepted by people. He claims to not have understood the mindset behind such discriminating responses. According to him, the project related to sanitary napkins saw a smooth road ahead because of the cinematic influence on people’s mind by Akshay Kumar’s latest social issue film Padman. “I guess Tridhara would have got the similar hype and acceptance if any Bollywood superstar would take the issue up,” he said.

Sobhan, most of whose social work is financed by his family and himself, soon became the odd one out who wanted to accept the existence of the trans community. It has an irony in it that the very same people quite loved the cinematic concept of ‘breaking taboos about menstruation’.

Here, Sobhan put forth a logical argument. “Can you tell me how people could take up social issues as per their convenience? I don’t understand. For them using pads, saying ‘pads’ aloud or putting up a picture with a pad on social media is a valid operation that eradicates social taboo and when the third gender seeks minimum recognition, they back out. Who doesn’t want to please the female voters?” the young man said.

Sobhan helms a Bengali magazine named ‘Kabi Kalam’. It was the third edition of the magazine that put him in touch with a few transgenders and he was exposed to this very problem faced by them. “I was told ‘Just like the queues at the banks, We are also not allowed to use the public toilets.’ This had struck my mind and I very well knew in my mind that I have to do something about this.”

Public toilets for the third gender has always been an issue. While prepping up for project Tridhara, Sobhan got in touch with Ranjita Sinha of the Association of Transgender/Hijra in Bengal who told her that the government was requested to construct toilets for the third gender but applications were eaten up by the silverfish and nothing happened.

“I always knew one thing that I don’t have money but I definitely had the right intentions. I brainstormed with my parents and came up with the idea of making space for members of the trans community in the same toilets. The councillor of Bansdroni, 112 ward, Anita Roy Chowdhury gave her nod and I brought the expense of 6 lakh down to just 2 lakh. I went out and started sticking third gender indicatory marks at the Bansdroni toilets,” he said.
According to Sinha, there are at last three trans/hijra individuals in every municipal ward and it would be much beneficial for the community. “Moreover, the Tridhara project recognising the third gender at public toilets would make their identity more prominent and I guess that is what we activists want. It has been beneficial for a good number of people from our community,” she said.

An argument put forth by NGO worker and Hijra/Trans activist Sohini Boral points at the much-needed awareness about the third gender among the staff appointed at the toilets. “Tridhara can be beneficial to all the trans community members only after the staff at those toilets are made aware of the third gender. It is not necessary that each of us dresses up in a way that it says on behalf of us, ‘hello I am a transgender’. Trans doesn’t only mean the Hijra community. There are people who are undergoing the transformation. Now getting stopped at a public toilet by staff and being asked, ‘aap toh hijra nahin ho, purush mein jao’ (you don’t seem like a hijra go to the mens section) would be the last thing anyone of us would want to face. And this has happened, time and again,” said 28-year-old Boral.

Tridhara’s contribution doesn’t get marred though. 29-year-old Lata, a member of the hijra community who works in a ‘badhai’ group (who dance for money when there comes a newborn baby in a family and during weddings) said, “Due to my nature of work I stay out for long hours, from early morning till late evening. Even a few months back, the thought of using a toilet during an emergency would make us think which public toilet can be used. We often had to pay the guard 10 extra for using the toilet wherein a male or female pays just 2. And there are toilets whose guards would straight away reject you.” Lata added that post-Tridhara their lives are made easy at least while travelling to this particular part of the city.

The fact that the Tridhara project is being restricted to only the southern part of Kolkata makes it a half-baked project. Reacting to this, Sobhan said, “The work is on. I am soon going to start upon the public toilets in central and north Kolkata.”

Though Bandhan is more recognised than Tridhara, Sobhan emphasised on the fact that they both came hand in hand. After the latter project was put in place people opened up and shared their experiences and thoughts on a number of things. “I was stuck with this one issue of the availability of sanitary napkins at the public toilets as my female friends shared their stories of getting into messed up situation as they got sudden periods when out. I again approached the councillor of Bansdroni. This time too she supported me. As a result, four toilets of Bansdroni, Geetanjali, Kudghaat and Garia got Bandhan,” Sobhan said.

Initially, the pads available were free of cost, later to stop the misuse, Sobhan decided to give the responsibility to the guard of each toilet to sell one pad for 2. “And even that move had an insight. See, a guard or a watchman would often ask me about the pad, the uses, and other details. I made it a point to teach each of them about periods and how even he should maintain the hygiene,” he added. 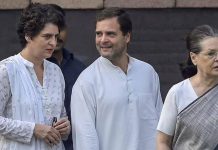