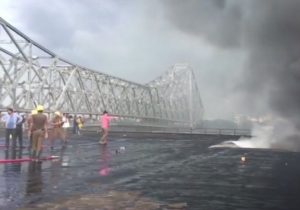 A fire broke out in the wee hours of Saturday at a chemical godown near Howrah bridge in Kolkata.

The fire broke at around 2 am in the godown which is situated near Jagannath Ghat.

No reports of injuries or casualties were reported so far in the incident.

“Due to a fire incident near Jagannath Ghat, Strand Bank Road is closed to traffic. Necessary diversion on,” DCP, Traffic Kolkata said in a tweet. 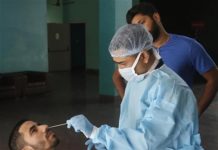