JCIHK, which provides development opportunities for youngsters, chose Sangeetha, who is CEO of eweworld.com from more than 225 female entrepreneurs from across the world, the organisers said.

Based out of Kasaragod, eweworld.com, won international recognition for creating social changes and financial stability among women entrepreneurs.

“The online platform, whose name eWe is an abbreviation of Empowering Women Entrepreneurs, received the JCIHK award at a virtual event held at Hong Kong on Sunday (August 7). The jury noted that eWe topped among the competitors for its adherence to UN’s sustainable development goals that aim at curbing climate changes as well,” a release issued by the organisers said in a release.

The 2017-founded company, which was groomed by Mizone Incubation Centre under the Kerala Startup Mission (KSUM), led in sessions, pitching and interview phases of the global contest. The KSUM provided eWe scale-up grant and seed fund in the initial phase.

The startup has been carrying out online sales of products in ways that empower traditional handloom and handicrafts employees working in rural Kerala and outside.

Besides producing handmade clothes and interior-decoration items out of bamboo, clay, plantain fiber, eWe facilitates the systematic marketing of such sustainable items.

Sangeetha, a postgraduate in biotechnology, said her startup aspires to bring “exemplary designs onto Khadi and handloom textiles” and, in the process, make best use of the talent of traditional workers in the field so as to boost their global market.

“In fact, eWe’s use of technology in stages from manufacture to marketing made us a startup with enormous growth prospects. Soon we won the recognition of Startup India as well as KSUM,” she said.

Currently, the platform is engaged in lending novel designs to clothes allied to the traditional Kannur handloom and Payyanur Khadi.

“To ensure quality, we oversee production and reach our brands in the market,” Sangeetha said.

Women carry out the sales. Any female with entrepreneurial capabilities and basic knowledge of technology can own an eWe virtual shop. We provide them training, too, she added. The platform has been getting purchase orders from abroad as well. 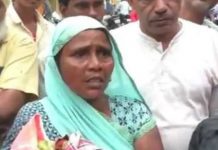