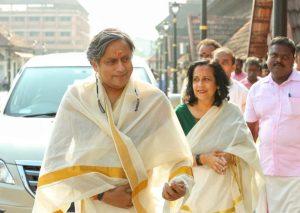 “Offered prayers at the Sree Padmanabha Swamy temple, before filing my nomination papers today. The deity is considered the guardian of the city, and in His divine presence, I felt energised to fight for all that Thiruvananthapuram holds dear. My sister @ShobhaTharoor joined me,” Shashi Tharoor tweeted.

Tharoor also shared his views on Twitter by saying the election campaign in Thiruvananthapuram has entered its final and most intense phase.

“Momentous start to the ‘paryadanam’ today morning, as the election campaign in Thiruvananthapuram enters its final and most intense phase. Over the next 3 weeks @INCKerala & @udfkerala will fight for the progressive values that have defined India, and for the soul of our country,” Tharoor added. 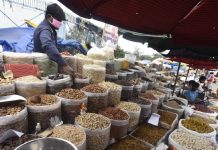