The National Investigation Agency (NIA) Court in Kochi has found 14 people guilty in the sensational hand chopping case of Professor T J Joseph on 4 July 2010. Of the 14 people convicted, 11 of them are convicted on charges of attempt to murder and conspiracy. The rest are charged with Unlawful Activities (Prevention) Act. The police have filed charge sheet against 37 people. Five of them are still absconding and their names had not been included in the charge sheet. One of them was arrested recently. The quantum of judgment will be announced on May 5. 18 accused have been acquitted in the case.
Prof T J  Joseph was attacked by a group of assailants belonging to Popular Front of India (PFI) alleging that the question paper Jospeh had framed as part of an internal examination brought disgrace to Prophet Mohammed Nabi. The Professor was attacked while he was returning from a local church in Muvattupuzha after Sunday mass along with his wife and sister in a car on the day.

Soon after the judgment, Professor T J Joseph said that he had already given forgiveness to those behind the case. He added that as a victim he had cooperated with the court as he feels it is his duty and given his statement in the case. “I have no interest in the judgment as I have already forgiven them,” said him.

T J Joseph, the then professor of Malayalam language at Newman College, Thodupuzha, had set a question paper for the second-year BCom students in March 2010. In that question paper, the number 11 question asked the students to punctuate a dialogue between a character and god. The question was like this

God: What is it you son of a dog

Muhammad: How many pieces would be there if a mackerel were cut into
pieces

God: How many times I have told you that there would be three pieces,
you dog
However, the question sparked a controversy with many religious fundamentalist groups have come forward blaming Joseph for deliberately bringing disgrace to Prophet Mohammad. Blaming blasphemy, Joseph was cornered and deluged with death-threats. After that, he fled to a hotel in Palakkad and lived there for a week in another name. He was later arrested by the police under section 295 of the Indian Penal Code for causing communal hatred and was later set out on bail. He was attacked on July 2010 when he was coming after attending Sunday mass at a local church along with his wife and sister. The gang of eight people waylaid the vehicle he was travelling and attacked him after hurling country made bombs towards the vehicle. They chopped of his right hand, and hacked his legs. He was later taken hospital, while the severed hand was collected and packed in ice. It was after 16-long hours of operation that the medicos could mend his right hand.
While in hospital, recuperating from his injured, Joseph had given explanation that the passage in the question paper was adapted from an article written by Malayalam film director P T Kunju Mohammad in his book ‘Thirkathayude Reethisasthram (Methodology of Screenplay). In that text, Kunju Mohammad explains a scene from his 1999 movie ‘Garshom’ the central character, played by actor Murali, who has returned to India after serving many years in Gulf, is madly talking to himself. The writer had based the character on a man he had met in his village who had the habit of talking to God. Joseph, renamed the character as Muhammad as reference to the author. But it was made open to interpretation as a dialogue between God and Prophet Muhammed by certain section of people. He also said then that no one had asked for his version in the incident.
He was later suspended from the college. Mahatma Gandhi University, under which the college is functioning, found the issue as an ‘unintentional error’ demanded the college to revoke the suspension. But the authorities have terminated him from the service. Later his wife, Salomi was found at her residence on 19 March 2014. It has been said that she was resorted to the extreme measure as she could withstand the mental trauma that the family had been undergoing. Joseph and his family had run into a dire situation after the incident. With all income to the families have stopped, Joseph in an interview said that, they were under poverty for many days that his wife (Salomi) had taken the decision to work under Mahatma Gandhi National Rural Employment Guarantee Scheme (MGNREGS).
Soon after the death of his wife, some section of the media and politicians raised their voice against the apathetical attitude of the college management. He was reinstated to the service with a day only a day left of his retirement. He retired from the service of 31 March 2014. Even after 13 months of his retirement, Joseph is yet to receive any amount of pension or other benefits from the government. —

Kazskhstan setback is no damper on Chinese designs 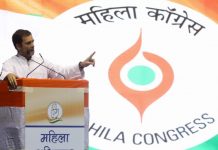 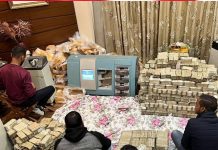 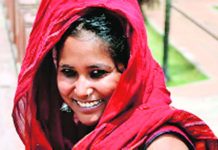