Father Kuriakose Kattuthara, a priest of the Jalandhar diocese, who had given a statement against rape-accused bishop Franko Mulakkal, was found dead on October 22 morning in Dasuya  of Punjab’s Hoshiarpur district.

A police officer said that no injury marks were found but there were signs he had vomited. Blood pressure medicine was also found near him.

“Today in the morning at 10, he didn’t wake up, so the sisters went and checked on him. When he didn’t open the door, they called for help. The door was then broken and Kuriakose was found unconscious and there was vomit in the room. We took him to the hospital, where he was declared brought dead,” Father Peter from Jalandhar diocese reportedly said.

Father Kattuthara’s family alleges that the death is suspicious and is set to file a police complaint in connection with the same.

Jose Kattuthara, Kattuthara’s Kerala-based brother, reportedly said, that he had received a call from Father Michael Annikuzhikatil in Jalandhar informing him about his brother’s death.

“We have serious doubts over his death and believe that he was killed,” he said.

Bishop Mulakkal was granted conditional bail by the Kerala High Court last week. He was arrested after being accused of repeatedly raping and sexually assaulting a nun between the year 2014 and 2016. 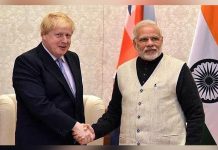 Journalists have no statutory exemption from disclosing their sources to probe...