Kerala Chief Minister Pinarayi Vijayan on October 3 said that the state government will not be filing a review petition against the Supreme Court’s order to allow women of all ages to enter the Sabarimala temple. He said this while speaking at a press conference in Thiruvananthapuram.

During the press conference he added that during this pilgrimage season we will ensure that there is protection and facilities for women who wish to enter the shrine.

CM further said, “Since the SC pronounced the verdict, it is the existing law. The government will not file a review petition against it. From this pilgrimage season, arrangements will be made for the women who are willing to go to the temple.”

Chief Minister Vijayan , however, said that those “women who want to go to Sabarimala cannot be stopped.”

CM added that to ensure security women police personnel from Kerala and other neighbouring states will be deployed.

On October 2 hundreds of people, including women took to streets to protest the SC verdict. Devotees of Lord Ayappa, reportedly, wanted to file a review petition as they believed that their religious beliefs have been compromised with the Supreme Court’s verdict. 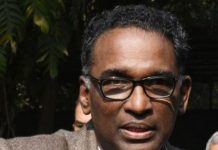