Kerala-based evangelist and self-consecrated archbishop Dr K P Yohannan, has hit the headlines yet again, as the state government has recently issued orders to take over estates illegally owned by his church body. According to the government of India website, Gospel for Asia (GFA) – a Texas based charitable organisation – is funding ‘Believers Church’ for the purpose of charity, to improve the condition of orphan children. Interestingly, both GFA and Believers Church are headed by Yohannan. The funds sent by GFA were used to purchase these estates instead of putting it to use for charity purposes.
Believers Church  don’t own three estates.  BC owned only an estate,ie. Cheruvally Estate and it was taken over by the Government along with two other estates which were owned by some other groups.The order for taking over the estates has been issued by special officer M.G. Rajamanickam, who was appointed by the government for resuming the land possessed by the company, also from the transferees or those who occupied the land, under the provisions of the Land Conservancy Act.
The 2,263 acres of rubber plantations were bought from the Harrisons Malayalam Limited by the BC for Rs 85 crores in 2005. The revenue from the estates was supposedly used to help the BC become monetarily self-sufficient to run the orphanages of his church body.
However, it has been learnt that Yohannan and his trust had spent Rs 300 crores on the plantation property. With the government now taking over the land, BC will in all probability face losses on their investments in these estates. Moreover, BC would possibly be ineligible for any compensation, as Harrison Malayalam sold the property to BC when the former had no right to sell the property. After the purchase, however, the property was mutated in the name of the Believers’ Church and tax was being paid by the BC itself under the Plantation Tax Act.
The estate first hit the headlines when the State Government approached the High Court in 2008 to challenge the land deal by Harrison Malayalam Limited. But the case went against the government, after it failed to present the documents claiming the ownership of the land.
According to BC, the property originally belonged to Chenappady Devaswom of Kongoor Namboodiris. Later, the property came into the possession of ‘Mattakkattu’ family in 1869 on mortgage right. Then the property came into the possession of Malayalam Plantations Limited. Later, in 1984, Malayalam Plantations Limited and Harrisons & Crossfield (India) Limited merged; a new company, named Harrisons Malayalam Ltd., was incorporated. Believers’ Church presented title documents No.1600/1923 before the court. Even though the government claimed that the documents provided were manipulated, the prosecution failed to prove it.
The state government then conducted another probe, and proved that the documents of the land were forged by Harrison. And based on the findings of this investigation, the government has issued orders to confiscate the estates. Ernakulam District Collector M G Rajamanickyam was appointed as the Special Officer for this case.
However, it is still unclear as to how much amount has been spent by Yohhannan to buy the said land. According to government registrar of mundakayan taluq in Kottayam district  that BC had spent Rs 85 crore to buy the estate in 2005/2006. Cheruvally Estate is in three districts , Enrnakullam, Kottayam and pathanamitta districts.

A report of another probe, conducted back in 2008 by the then Additional Secretary KK Remani, says that BC received an amount of Rs 1044 crores from US. Few details are available on either the source of the huge funds it received or how the funds were spent.
Yohannan’s tryst with Controversies
Yohannan has been a Pentecostal follower and president of Gospel for Asia (GFA), a charitable institution set up in the early eighties in Texas, US to promote biblical teachings. He shot to fame when he set up the Believers’ Church in 2000 at Thiruvalla in Pathanamthitta district of Kerala. Being a self-proclaimed bishop, he hired bishops from the Church of South as well as North India, paying them a hefty amount to conduct his installation as bishop. This, however, stunned the Christian believers of the state. He later upgraded himself as an archbishop and appointed another six junior bishops under him. BC claims that they have more than 20 lakh followers, and most of them are from outside of Kerala.
Apart from the Cheruvally Estate, BC owns several other properties. This knowledge is limited to people in his network. In the past, he was also caught in the vigilance net over the alleged misuse of tsunami funds, and other dubious foreign transactions. However, each time he either escaped or evaded the investigation,  apparently using the political or financial influence that he has managed to accumulate over years. 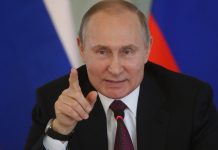 Russian President Putin to visit India in October to participate in... 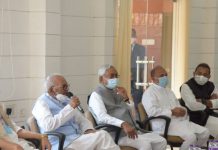