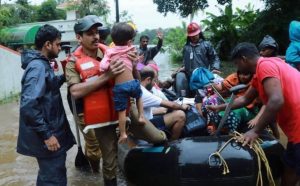 With the rains stopping and the water level receding in Kerala, the state is slowly coming back on its track and started the mammoth process of recovery and rehabilitation.

Chief Minister Pinarayi Vijayan said, “Even if the water has receded, the houses may not be liveable. The rehabilitation work has already begun.”

CM Vijayan added, “The affected houses need inspection. There is a danger of snakes lurking around. Machinery may not work. There has to be a lot of caution in going back home. It is not advisable for families to go back by themselves.”

He further added that nearly 26 lakh people have lost electricity. The connection would be reestablished soon, with no extra charge.

The state has incurred a loss of Rs 19,512 crore so far and agriculture in 40,000 hectares has been destroyed and 20,000 houses have been destroyed so far.

Rebuilding needs a lot of funds. The total amount that has come to the Chief Minister’s Relief Fund so far is Rs 210 crore. An additional Rs 160 crore has been promised.

The rebuilding has already begun in 11 municipal corporations. Rs 25000 would be given to the panchayat wards for cleanliness works, and Rs 50,000 to municipal wards.

Some teams, including CII and Labour Contract Society, have come forward to help with the rehabilitation work.

Industry officials revealed that banks are likely to come out with loan restructuring packages.

Rail and road traffic has been partially restored across Kerala, the train services in Kayankulam-Kottayam- Ernakulam, and Palakkad-Shoranur-Kozhikkode sections have been resumed.

Railway had begun running 159 Express trains and 11 passenger trains connecting Kerala to the rest of the states from August 16-18.

‘I realised it would be unfair to trivialise truth for humour’ 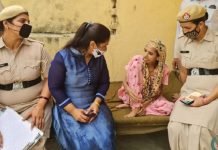