Franco Mulakkal, the Catholic priest accused of raping a nun, was arrested on Friday after the third straight day of questioning by the police.

The investigating officer in the nun rape case, Kottayam Superintendent of Police Hari Sankar told journalists, “On basis of the evidence collected so far we found that the bishop has committed the crime. He was taken for a medical examination after his arrest and subsequent investigation will continue and he’ll be produced before a magistrate court.”

The Kottayam SP said, “We cannot disclose the evidences at this stage because the matter is under investigation and it has to go through a trial process, but we reached a reasonable conclusion that there is evidence in this case and we have decided to arrest him.”

Senior Kerala Minister E P Jayarajan told reporters in Thiruvananthapuram that “Investigation is going in the right direction and the government has full support with the nuns staging the protest. Definitely, the government will take all necessary steps to identify the culprits.”

Franco Mulakkal on Thursday was divested of his pastoral responsibilities as the bishop of the Jalandhar diocese of the Missionaries of Jesus by the Vatican.

The senior Catholic priest was accused of raping the nun between 2014 and 2016. He however, denied the allegations of repeatedly raping and sexually assaulting a nun of his own congregation. 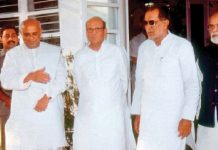