Aam Aadmi Party (AAP) chief and Delhi Chief Minister Arvind Kejriwal on Wednesday appealed to the Congress and the Jannayak Janata Party (JJP) to join hands with the AAP in Haryana to defeat the Bharatiya Janata Party (BJP).

In a tweet today, Kejriwal said: “People of country want to defeat Amit Shah and Narendra Modi and if the JJP, AAP and Congress contest together, the BJP will lose all the 10 seats in state. Rahul Gandhi should think over it.”

The AAP and Congress failed to form an alliance in Delhi.

Delhi Congress chief Sheila Dikshit on March 5 announced that the Congress and the AAP will not enter into an alliance for the upcoming Lok Sabha elections.

“A unanimous decision was taken that there will be no alliance in Delhi,” said Sheila Dikshit.

Later, Kejriwal accused the Congress of helping the BJP and that the two had a secret understanding because of which the Congress wanted to split anti-BJP votes in Delhi in the Lok Sabha polls.

Haryana has a BJP government since 2014 led by Chief Minister Manohar Lal Khattar. 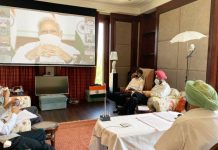 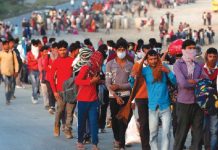