The Delhi Chief Minister and National Convenor of Aam Aadmi Party, Arvind Kejriwal, recently tendered an unconditional apology to former Punjab minister Bikram Singh Majithia. At a rally in Punjab, Kejriwal had levelled allegations that Majithia was involved in a drug racket. Hurt because of unsubstantiated defamatory statements, Majithia filed a defamation suit against Kejriwal denying the allegations and claiming that they were fabricated.

Earlier, senior Akali Dal leader and sitting MLA, Majithia had won a media battle when prominent English daily The Tribune published an apology on its front page in a three column news headlined “No evidence of Involvement of Bikram Singh Majithia in Drug racket” with a same sized photo of Bikram Majithia referring to the news published on November 25, 2014 and March 11, 2015. The apology read: “On verification it was found that Bikram Majithia was not involved in any drug trade. The Tribune deeply regrets the damage caused to Majithia’s esteem and prestige, and anguish caused to his family and well-wishers. An unconditional apology is offered by The Tribune for the same.”

On the heels of the apology by the newspaper came an unconditional apology from the Delhi Chief Minister which made for a sorry sight. After all, Arvind Kejriwal, an anti-corruption crusader who had promised to cleanse the body politic, had to eat his own words. Like a storm in a tea cup, it led to a major upheaval in Punjab unit of Aam Aadmi Party. AAP MP and Punjab party president Bhagwant Mann resigned from his post as has his co-president Aman Arora who found the sordid episode as a loss of face. The apology represents the serial dilution of the party’s brand of politics and consequent credibility of the party. It is a known fact that AAP does face unsparing opponents and the leadership lacked nerve to face the consequences.

Kejriwal faces in all 33 defamation suits against him in view of loose and unsubstantiated allegations and his close associates reportedly advised to call an end to the unnecessary cases and focus on governance. Opponents felt that AAP was a threat to them, but harping on false allegations led to 33 defamation cases against him, keeping him busy in in one or the other case. His opponents felt that they had tamed him in a cage. The political fall of AAP losing credibility in Punjab would mean, resurrection of Shiromani Akali Dal. 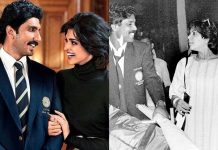