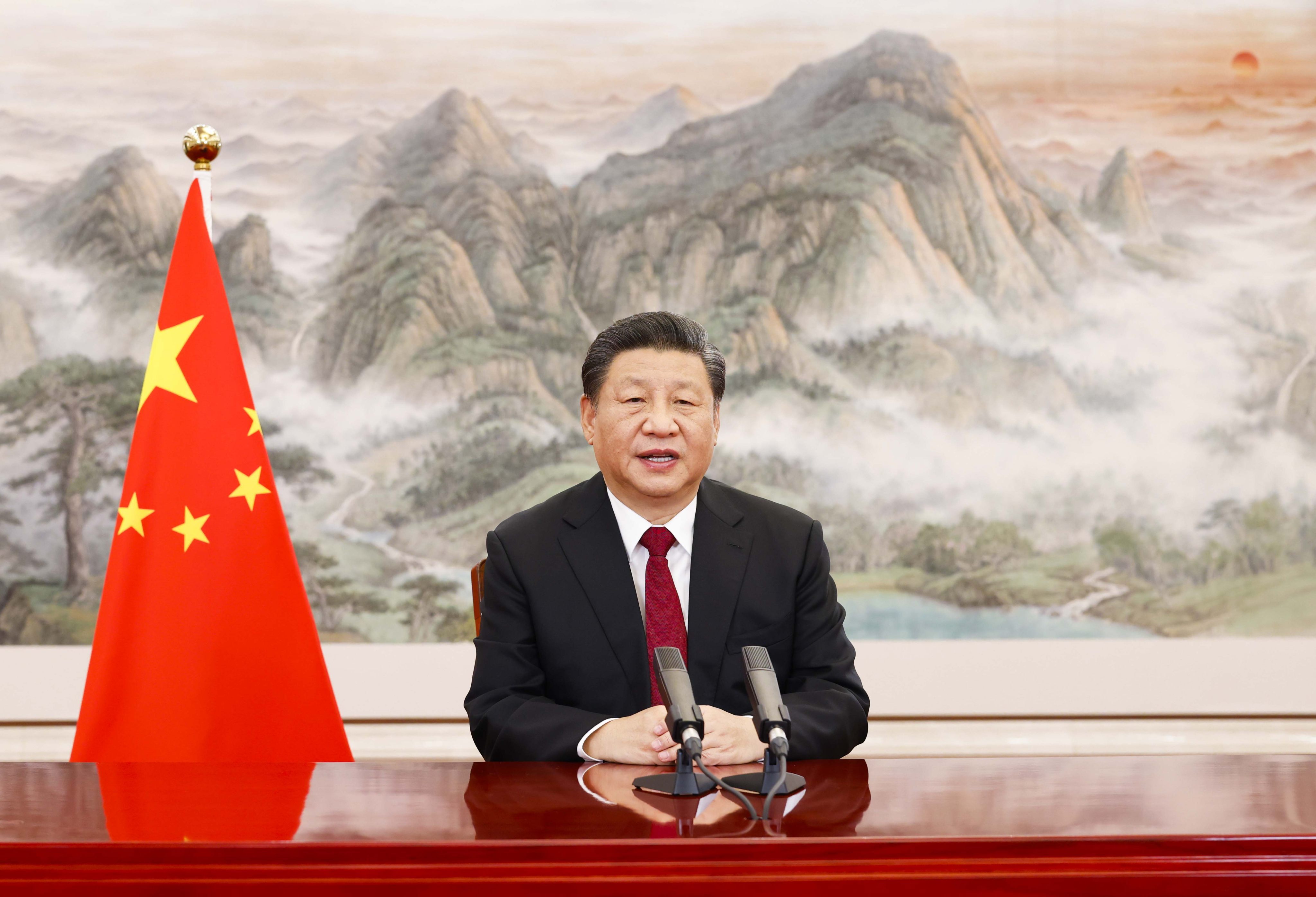 Chinese President, XI Jinping, waving an olive branch in his January 17 session of the World Economic Forum where he advised that cold war mentality of the 20th century should be discarded is 2022 edition of Dragon’s ‘blow hot blow cold diplomacy’, reports Gopal Misra

India, a frontline state having a long border with Tibet, which was tricked into Chinese subjugation 70 years ago, is facing the new 2022 edition of Dragon’s ‘blow hot blow cold diplomacy’.

Amidst a number of direct or indirect confrontational activities of the People’s Liberation Army (PLA) of China, the Chinese President, XI Jinping, waved an olive branch in his January 17 session of the World Economic Forum cautioning that the “confrontation between major powers could have catastrophic consequences. He also advises to discard the cold war mentality of the 20th century.”

India, despite having the past 20-month old standoff since June 2020 on the Indo-Tibetan border at the Galwan Valley of Ladakh, neither blinked nor yielded to the much-trumpeted PLA of China all these months. Jinping should also tell the world why he amassed thousands of troops on the Ladakh borders. If India’s brave soldiers had not faced the adversary forces in an eyeball to eyeball combat fatigue, the PLA could have nibbled away a big chunk of Indian territory. The Chinese plan to grab new areas for serving its strategic needs could not succeed due to the strong presence of the Indian soldiers, while the mercury dipped to minus degrees amidst the heavy snows in the high Himalayas.

The simple choice before the Chinese President  XI Jinping and his team is to pursue the Deng-era approach towards India. He should not have withered away the gains of the informal summit with Indian Prime Minister Narendra Modi at Wuhan. It was a confidence building forward step outlining a road map for close cooperation between the two neighbours.

India had also appreciated the crucial strategic Chinese support during the post 1998 years, when the Western powers had imposed a ban on the supply of enriched Uranium to her for keeping nuclear power stations critical. The Modi Government also allowed Chinese companies to invest in India on an unprecedented scale. However, this forward step received setback, when China vetoed the UN Security Council proposal to declare a number of Pakistani Islamist outfits as global terrorist. It was a violation of the Wuhan declaration, which had decided that the two countries would be fighting against terrorism together. The warmth in their relationship dipped further, if not vanished, when Jinping demanded that India should revert to the status quo ante in Jammu- Kashmir by restoring the Article 370. 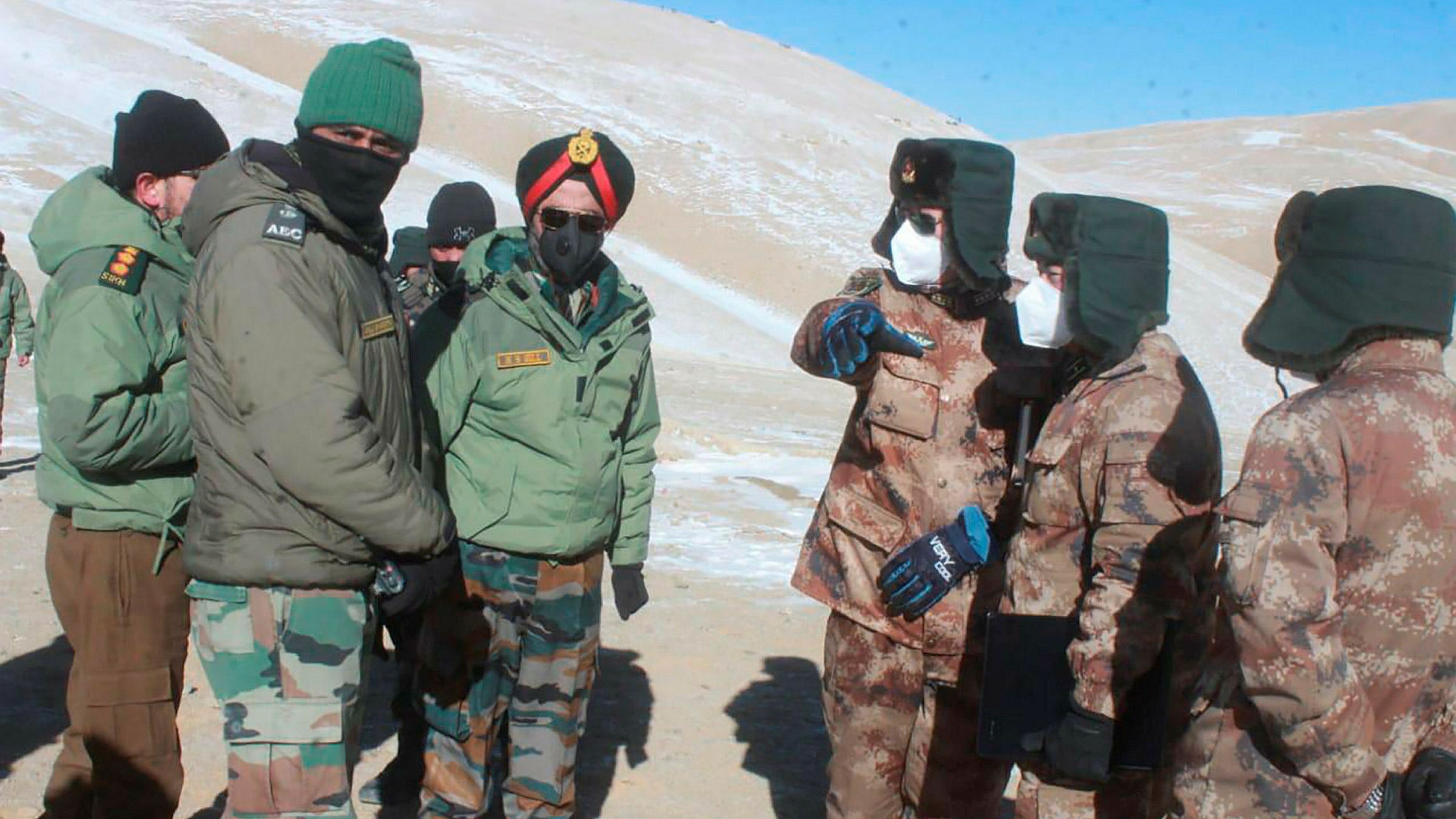 In its bid to attain a Superpower status, China has been colluding with various Islamsits during the past two decades. It appears to have adopted the 250-year old strategies of the European colonial powers. If the colonialists spread small-pox against the natives of America in the 19th century, the sudden worldwide eruption of Covid -19 is believed to have emanated from a Chinese facility. Similarly, its love for military dictatorships or autocratic regimes reminds the post World War-II era, when in the name of retraining Communism, the US-led western powers were supporting dictatorships. Similarly, China is hand in glove with dictatorships in different parts of the world for extracting precious minerals and gas. Thus in 2022, it continues to hobnob with the Islamic radicals of Central Asia, Pakistan and Afghanistan, and helps and support the army takeover of Myanmar much against the wishes of the local people.

The Chinese  emergence as a formidable economic power could be attributed to its cheapest manufacturing hub, the Mecca of the greedy business tycoons of the West. It has enabled access to the western capital accompanied by the state-of-the art technologies. This sudden flow  of capital has fuelled the Chinese aspirations. Instead of consolidating the financial gains, it appears to be ready to squander the hard earned wealth generated by the toiling masses of China.

With this mindset, the Chinese advice to India is to be ‘sincere’ in the negotiations for settling borders, while it’s military delegation neither suggested any road map even for the disengagement of forces nor accepted the Indian suggestions. The only agreement during the 14th military-level India-China talks was that no joint communique would be issued.

In spite of its huge setback due to its policies in Kazakhstan, it is difficult to predict that it would really revisit its opportunistic policies. The march of the Russian forces in Kazakhstan in January this year has upset its agenda at least for the time being.

Earlier, in Myanmar, China has not only endorsed the illegal regime of its military dictator, it is busy in legitimizing the regime with its overt and covert support. It is quite well-known that under the pressure of China, the Cambodian prime minister, Huan Sen, recently visited Myanmar. It was the first visit of a high-level political dignitary to the country, which was brought under a military dictatorship under its army chief, Min Aung Hlaing, in Feb 21. It is believed that being supported by China, he could sack the elected government of Aung San Suu Kyi and get her arrested under various trumped up charges. In the support of the dictator, China has also asked its proxies, the armed insurgents of northern Myanmar to unleash violence against the pro-democracy protesters. It has emboldened Min Sung Hlaing to refuse the meeting of the American emissary, Bill Richardson, presently governor of New Mexico and a former ambassador to the country, with Aung San Suu Kyi. Similar requests of the Indian foreign secretary, Harish Singla, and Japan’s special envoy, Yohei Saskawa, who had recently visited the country, were turned down.

Amidst the past  two years of the pandemic, Covid-19, believed to be a pre-run of a biological war or the exposure of its ‘secret ties’ with some American multinational pharmaceutical companies for developing vaccines before the virus spread disease. The leak has upset their business plans. Therefore, it is not surprising that China could refuse a transparent international probe and get away without any economic sanctions.

The inability of the Chinese government to prove its “innocence” before the people across the world is now causing frustration, which is expected to be much more pronounced in the coming months. It has been trying to browbeat India in every international forum, but it’s game plan is exposed.

The long-term Chinese plans to run its writ in Central Asia appears to have received a setback following the military intervention of the Russian forces in Kazakhstan. The Chinese funded Islamic radicals could have even penetrated into Russia’s Chechen region. However, China may

request Russia to prevent India from playing its legitimate role in the QUAD, a non-military alliance in the India-Pacific region. The Indian presence makes the countries of the region more confident while dealing with China. The QUAD comprising Australia, Japan, India and the USA was conceived during the tenure of Prime Minister, Dr. Manmohan Singh, but during the Modi regime it has become much more effective.

It is to be seen whether China would succeed in pressuring India to leave QUAD to buy “peace” on her borders with Tibet. However, this trade off is not acceptable to India, because China has quietly transferred submarines and frigates to Pakistan, Myanmar and Bangladesh. The Chinese presence in Sri Lanka and Maldives is also considered to be a grand design to encircle India. The Chinese interference in Nepalese politics has intensified following XI Jinping’s visit to the country.

With this strategy, China finds India a main hurdle in asserting its writ in the region. India has taken appropriate measures to counter the Chinese belligerence without showing any “nervousness” to the muscle-flexing of the PLA.

China has mastered the tricks, which included deception, lies, religion and bribing or funding the government leaders of the targeted countries. It, perhaps, faced first setback to its policies, when the Russian troops marched in Kazakhstan

A few weeks before the crucial India-China border talks, the Russian President Vladimir Putin made a brief visit to New Delhi to suggest further expansion of India-Russia cooperation in strategic as well as in foreign affairs. He has been promoting better understanding among the three key powers, Russia, India and China. However, his initiative has suffered because of the aggressive Chinese postures and the PLA’s continuous refusal to withdraw its forces to the pre-Galwan position.

The Chinese stubborn attitude might have prompted the Indian army chief, General M.M.Naravane, to say that China is a “threat” to the region. It was promptly responded by the Spokesman of the Chinese foreign ministry, Wang Wenbin, who asked that Indian officials should “refrain” from making such “unconstructive” comments. In spite of his statement that border position is “stable”, the Indian side is not ready to relax the vigil. In 2020, a huge contingent of the army complemented by the state-of-the-art artillery and weapons was deployed. There is no move to withdraw the forces.

Meanwhile, the official English daily of Beijing, Global Times, has advised India not to be influenced by the White House Press Secretary, Jen Psaki, who has accused China of “intimidating” it’s neighbours, and thus has become a threat to regional security. The daily further stated,”India must not be led astray by such remarks.”

The inability to disengage forces, the two Asian Giants might have a flare up anytime, but . General Naravane has reassured the country that “Indian forces are capable of handling the Chinese threat, if necessary”.Wang Wenbin’s suggestion for extensive talks should have soothed the relationship between the two countries, but India cannot lower her vigil.

The Indian statement that the ” the Chinese side was not agreeable and could not provide any forward looking proposal at the negotiating table.”  Putin has been telling the Chinese to ‘resolve’ the differences without flexing muscles, but the situation on the Ladakh-Tibet borders, continues to be grim since June 2020. The recent statements of the army chief and the Defence Minister, Raj Nath Singh indicate the possibility of a bigger conflict, though avoidable. It, however, is hoped the Chinese will see reason to diffuse the conflict situation in Ladakh. Earlier, the cautioning of  India by the  Russian foreign minister, Sergei Lavarov, on her participation in  the QUAD,may not be further stressed. The sudden deployment of the Russian troops in Kazakhstan has changed the situation in the region. The  Russian action in Kazakhstan was censured in the Global Times, an official newspaper of China, but the comment was later withdrawn and an apology was published. This climbing down has given a strong message that Russia is ready to play it’s legitimate role in world politics.

XI Jinping cannot further pursue hsi aggressive policies in 2022. India too can become a factor in this  triangular play of geo politics among the USA, China and Russia. 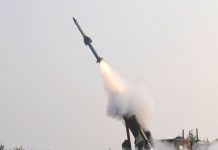