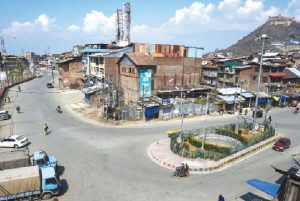 The lockdown over coronavirus scare has come as a double whammy for Kashmir Valley. Following immediately after the six month long siege in the wake of the revocation of Article 370 in August last, the lockdown has inflicted a crushing blow to the state turned union territory’s economy as also the education.

According to an estimate by Kashmir Chamber of Commerce and Industry (KCCI), the Valley’s economy suffered a loss of more than 18,000 crore during post Article 370 lockdown. Tourism, one of the mainstays of the local economy came to a halt. This hit the hotel industry and travel operators hard. The handicrafts sector was crushed. The fledgling IT industry and the start-ups were wiped out. Horticulture, a 6500 crore industry, that employs around three million people, had fewer workers to take care of the harvest. A significant portion of fruit rotted on trees.

Similarly, education was the worst affected, the children couldn’t go to school for seven months, But within a fortnight of their return to schools from February 26, the lockdown over coronavirus scare has once again shut the schools down. They can’t even study online as the government has refused to restore high-speed mobile internet.

This has created a depressing situation. More so, with uncertainty deepening over the world’s and especially India’s ability to control the pandemic in near future.

“Kashmir economy is in desperate need for a government support. We need a bit of help over and above what has been given to country’s economy in recent stimulus,” said a businessman associated with KCCI. “Kashmir has now been more or less shut for more than eight months. We can hardly endure it any more”.

“The lack of high-speed internet is certain to take a heavy toll on economy, education and almost every other aspect of economy. In this day and age, internet is like oxygen. It is like water. Life runs on this. Economy runs on this,” says Showkat Ahmad, teacher of a private school. “Once stopped or made conditional on specious grounds over an indefinite period of time, it wreaks havoc. So, it is time that the government rethinks its prolonged internet ban and lift the chokehold on the life in Kashmir”.

That said Kashmir has adapted to the new lockdown like a fish to the water. While 21 day lockdown across the country has been very strict, it still can’t beat the severity of the post August 5 Kashmir siege. Unlike India or anywhere in the world, Kashmir had no means of communication, not even a landline, used by a small number of people for a month. Mobile phones were restored after three and a half month and the slow-speed 2G internet after six months. What is more, it is now more than eight months since the withdrawal of Article 370 but the government is yet to open up 4G. That too at a time when people desperately need high-speed internet to stay informed about the developments related to Coronavirus.

Kashmir is now looking forward to a post-Coronavirus period and hope it remains peaceful. “We have already been through a long period of disruption. We are pinning hope on near future,” says Sheikh Ashiq, president of the KCCI. “Hope, world is able to get a handle on this deadly virus and we get back to a normal life”.

But people, meanwhile, are cooperating with the government in observing new lockdown. Despite setback to economy, the lockdown doesn’t feel as painful as it does in other parts of the country. “Kashmir has been through many long–period lockdowns,” says Naseer Ahmad, a local columnist. “This is a familiar territory for us. So, we will get through this too. And so will the rest of the world”. 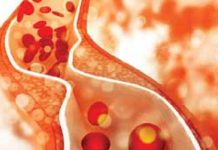