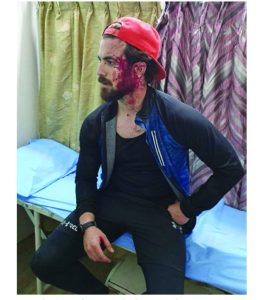 Last fortnight’s news reports of a Bengaluru-based Kashmiri model thrashed by local goons, once again focused on this grim reality: Kashmiris can be targeted rather too blatantly. After all, stands out the fact that for several years Kashmiris travelling to the different cities and towns of the country do face severe hurdles.

They face problems in getting school and college level admissions and also on the housing front. Not to overlook the fact that communally slanted taunts are thrown at them. One news report after another of Kashmiri students attacked along the various alibis- the beef alibi, the latest one!

In 2002, Peoples Union for Democratic Rights (PUDR) had brought out a booklet, detailing the sheer ill- treatment meted out to the Kashmiris venturing out of the Valley….I do wish political rulers of the day, especially the ‘chowkidars’ of the country read details to these ground realities. And then either reach out to the targeted Kashmiris or stop lacing their political speeches with bogus and false promises!

“They made a documentary film titled — Kaash, focusing on a young Kashmiri who decides to travel to New Delhi after hearing a former Prime Minister’s announcement that there were opportunities for the Kashmiri youth and they should come forward and avail them… This documentary focused on the sheer harassment and humiliation this young Kashmiri man goes through after he leaves the Valley. He does not even get a room on rent in New Delhi!”

Needless for me to say that with communal polarization accelerating in the county, there have been many more cases of violent attacks. Kashmiri students get thrashed by the goon brigades.

Though a large number of Kashmiri students study in the universities and colleges of this country but they try and keep to themselves. When I was a Visiting Professor at the New Delhi situated Jamia Millia Islamia and later during my travels to Aligarh, I’d spoken to Kashmiri students studying in these two universities – the Aligarh Muslim University and Jamia Millia Islamia — and asked them the crucial ‘why’ they kept to themselves, confined to their own groups.

They detailed two basic reasons — “the locals are not very comfortable with us getting friendly with them …probably because they do realize that the police keeps a watch on us — where we eat or where we go or where we stay … we are aware of this constant police watch on us.” Their second reason was this, “only we Kashmiris can understand each other’s problems … none of the non-Kashmiri students from here have ever visited the Valley, so they can’t comprehend what difficult situations and realities we and our families go through in the Valley.”

And when I had asked these Kashmiri students if they had talked about these ‘ realities’ to the Kashmiri politicians based in New Delhi or in Srinagar, they gave those looks as though I should be aware of the political complexities of the day, along the strain that gone are those days when there existed that connect between the rulers and those ruled. Not just layers of security that come in way but also their genuineness to try and reach out.

That’s a different matter altogether that the politicians are more than aware of the trauma that the Kashmiris faces once he or she ventures out of the Valley but they have tried to do very little to lessen it. One news report after another of the different chief ministers of J&K holding meetings with their political counterparts , on this very aspect. In the summer of 2006, it was reported in almost all dailies that Ghulam Nabi Azad had asked “the chief ministers of 11 states not to harass or take any action against traders and students of Jammu and Kashmir, without consulting the Director General of Police, to ensure that innocent persons are not harassed on the pretext of questioning in event of any terrorist act in their respective states.”

In spite of Azad’s efforts, there were disturbing news reports from Gujarat. One such news report was not just disturbing but shocking, but then these dark happenings have been on and ongoing, even as sit like mute spectators. To quote from this news report :“The crime branches of the Ahmedabad and Mumbai police are exchanging detainees, who are later used as targets for encounters… Following the encounter with four men, believed to be Kashmiri militants in Vatva in Ahmedabad, highly placed sources say they were detainees who had been with the city police for the last four months.”

And the late Mufti Mohammad Sayed had told me during the course of two interviews (when he was the Union home minister and then when he was the chief minister of J&K), that he was well aware of the treatment meted out to Kashmiris once they ventured out of the Valley.

He was categorical in stating, “don’t link all Indian Muslims with the likes of Dawood Ibrahims. I have cited instance after instance of the loyalty of the Indian Muslim and yet I fear some polarisation is indeed taking place.”

Today, when divides and divisions are so very writ large, tell me who will believe any of the assurances that these politicians come up with? In fact, politicians from Kashmir should make sure that no Kashmiri trader or student is hounded when he leaves the Valley, to study or trade in the towns and cities of the country. 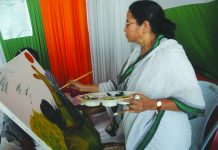