Earlier, Kashmir turned a blind eye to the rights and privileges of the transgender community, however, the increasing awareness through social media and its influence is changing the mentality of people towards the hapless community. Kashmir as a society is beginning to accept the transgender community, who majorly sing folk songs in marriages or are matchmakers. What society understands that transgender people are usually male, who want to become females, but there is more to it-females fighting for sexual identity, to become male, and we as a society are in denial. And to gain their identity, several transgender people have to cross many hurdles to achieve what they aim to and the fight is continuing.

Afreen’s family is originally from district Pulwama in South Kashmir, around 30 kms from the main city of Srinagar. They had shifted to Srinagar before Afreen’s birth. Therefore, Afreen had stayed all her life in Srinagar.

19-year-old Afreen was fascinated towards girls when he was in grade five. Whenever his mother would come to drop him at the school bus stop, Afreen would always tell her about the girl she liked the most. Her parents and siblings would later laugh it out.

She said, “I was more into boy’s stuff — I adore playing football, cricket, cut my hair short. I love to wear cargo pants and t-shirts.”

By grade eight, Afreen was sure that she either is a lesbian or a gay but the gender dilemma started to affect her activities as well as studies.

In 2014, the Supreme Court pronounced a landmark judgement, recognising transgender people as the ‘third gender’.

In the judgement, also known as the National Legal Services Authority (NALSA), the apex court ruled that people of the transgender community have equal privilege over the fundamental rights enshrined in the Constitution. The individuals have the right to self-identification of their sexual orientation but the social stigmas linked to the community continue to exist in the society.

Although things have started to change in a positive direction in the metro cities, in Kashmir valley, the state is yet to give the due rights to the transgender community.

Afreen, who is pursuing her graduation in engineering from one of the prestigious colleges in the Valley said, “Life became extremely difficult with time. Family, friends, relatives started being rude and mistreatment started to increase more often.”

Frustrated with the affairs of day to day life, Afreen started to vent out her anger on social media and started to write about his gender. Soon, people started supporting him and one of the supporters happened to be the noted Professor Dibyesh Anand who teaches at the University of Westminster, London.

After seeing the support and the encouragement that Afreen has received, her family locked her within the four walls of her room. The worst thing happened when she went to meet Professor Anand during his one visit to Srinagar. “I was denied food for five days and my phone was snatched from me. They burnt my clothes in front of me and taunted me of being a ‘laanch’. A pained Afreen narrated.

“I am not troubled about what they would call me. Let them call me a ‘laanch’; ‘Hijra’ or ‘Transgender’ but I want my identity. I want to be addressed as ‘Adam’ and not as ‘Afreen’, ” he further added.

In August 2017, the Supreme Court’s verdict towards the upliftment of the transgender people declared Right to Privacy as a fundamental right. The ruling enabled protection of sexual orientation of citizens.

Afreen had attempted suicide thrice but now she is optimistic about life and plans to learn new languages. He is interested in writing and wants to become an activist one day.

“This is possible only when I complete my studies and acquire a status in the society then only I will be heard or taken seriously till then I know I have to suffer silently,” Afreen added.

Nine years back, a ‘Hijra meanzimyoar’ (matchmaker) visited Aijaz Ahmad Bund’s home with a marriage proposal of his elder sister. The attitude of Bund’s family was awful towards the matchmaker and they were reluctant to welcome the guest. From the demeanour of his family members, Aijaz got an idea how people view them and where they are positioned in the society.

Aijaz initiated a conversation with the guest, meanzimyoar, and got to know about their problems. He soon started visiting their community and befriending them. Aijaz then pledged to become the voice of transgender community. Surprisingly, Aijaz is not a transgender.

“They were living a subhuman life full of abuse, discrimination, violence, and harassment. I began with sensitising my family, friends, and the people around me. I eventually started working at grassroots level and advocating for their rights,” said Aijaz, transgender activist and scholar. He has published a book in November 2017, called Hijras of Kashmir: A Marginalized Form of Personhood.

In June 2017, Aijaz moved a PIL (Public interest litigation) in High Court. The PIL seeks to create programmes ensuring social, economic, and political inclusion and rehabilitation for this community. It also seeks a provision of social security including a monthly welfare fund for transgender people. The PIL demands that government should acknowledge the transgender community as a marginalised and vulnerable section of society and therefore, introduce reservations in educational institutions and government jobs.

The PIL also demands housing facility, formal and non-formal educational programs, transgender-friendly policy of schools, setting up of counselling centres, a transgender welfare board, and equal applicability of all laws. It intends to have provisions so that the basic human rights of this community are recognised.

Born as a female in the uptown Srinagar, 24-year-old Insha felt as a “man imprisoned in a female body” when she was about to reach teenage.

Insha’s mother thoughtthat the family issues are impacting her daughter, instead, Insha was suffering from gender dysphoriaand was reluctant to talk about itwith anyone. “I was in distress about myself, my body and most importantly my sexual identity. I neither liked to be among boys nor girls. I wanted to stay alone and was suffering silently.”

Insha, who was bright in studies found it difficult to cope up with anything, as a result, she dropped out from engineering college during the third semester. She then stayed in the home for continuous nine years and cut off ties with friends, classmates, relatives and even siblings.  A year before Insha started reading about different communities online and found a community ‘SWT – Sonzal Welfare Trust’ an organisation formed in 2011 and started by the LGBT community and allies in Kashmir. They are exclusively working for the welfare of gender and sexual minorities in Kashmir. This organisation was started by Aijaz with two like-minded people Enus Shafi Khan and Farah Ashraf, who are the part of this movement and the co-litigants in the PIL as well.

Insha tried to speak about the issue with her mother and sister. Although, her sister understood her plight her mother remains reluctant to accept anything. “At times my mother is of the opinion that I have been possessed by Jinn (Ghost) or she feels that I have been brainwashed by Jews,” Insha said.

When Insha convinced her mother to visit a doctor, her mother told her that she will choose the doctor. Insha was then taken to one of the noted psychiatrists in the valley, Dr Arshad Hussain, who diagnosed her with acute depression and gender dysphoria.

“My mother threw her hands after coming out of doctor’s chamber. She said that he is no God and I will be taken to a peer (Spiritual healer). Let her take me anywhere but I want to get rid of my breasts at any cost. My upper body makes me fidgety and agitated. I tried to strangulate myself a few days ago but somehow my sister managed to save me,” Insha added in an exasperating tone.

Conflict has overshadowed everything and the basic rights of transgender community have been taken away. However, the LGBT community of Kashmir is helping others to come forward and speak about their miseries and the abuse that they go through on an everyday basis. “Our children are communicating with the entire globe through the internet and observing the developments, changes that are happening worldwide. They too wanted to express their feelings but our society is still conservative. We are yet to reach any heights and are backward when we talk about science and technology. Hence, we are not ready to accept the facts and remain in denial always,” said noted Poet and historian Zareef Ahmad Zarref. 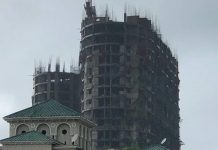