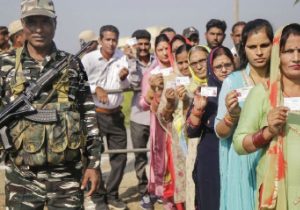 For the first time in its democratic history, Kashmir is holding District Development Council (DDC) elections. The first phase will be held on December 1 and the poll process will be completed by December 24. The DDCs will act as third tier of Panchayati Raj system. This marks the implementation of the entire 73rd Amendment Act in the union territory. However, there is a vital difference between the Panchayat Raj system elsewhere in the country and Kashmir.

The members of the DDCs in J&K will be directly elected from 14 territorial constituencies of the district. And they alone will exercise power in the DDC and can appoint and remove the chairperson and vice chairperson of the council.

One result of the direct election of the DDC members is that it has the potential to disempower the gram panchayats and Block Development Councils (BDC) whose members as a consequence will be rendered powerless.

“The new three-tier panchayat system threatens to dilute the power of gram panchayats and the BDC, “ said Shafiq Mir, the president of J&K Panchayat Conference who himself is a Block Development Council Chairman. “When you directly elect members of the District Development Council and give them exclusive in control of the development activities in the district where does this leave the elected members of gram panchayats and the BDCs?.”

According to Mir, now Panchayat and the BDC members in the rural areas of the district will have to jockey for power with the DDC members. “For example, in every territorial constituency in a district, there will be a sarpanch and may be one or two BDC members besides a DDC member. How will there be a consensus over what development work should be prioritized in the area?” Mir asked. “Similarly, in a DDC while an MLA and a BDC chairperson will be members they will be subservient to elected members. So, how will their opinion matter?”

But one positive thing about the elections is that the People’s Alliance for Gupkar Declaration (PAGD) has decided to participate. The six-party alliance, led by former J&K Chief Minister and National Conference chief Farooq Abdullah, took the decision after a  meeting in Jammu, where members of the amalgam met around 30 separate delegations on a set of listed agenda, including the DDC polls.The alliance has authorized Farooq Abdullah to release the list of candidates for the DDC polls.

Senior PDP leader Naeem Akhtar said that the decision was necessary to prove their representative character. “If we achieve a landslide victory which we believe we will, we can talk with greater credibility about Kashmir,” he said. “Then we will tell the world how the decision revoke Article 370 was taken without consulting us. It is for this purpose that we have joined forces”.

Given the powers the DDCs have been given, they have become the kind of mini-assemblies and the PAGD wants to control them to enhance its political clout. “We can’t let the BJP to control them and allow it use the structure to serve its political ends,” said Akhtar. “The BJP can also use its control of the DDCs to justify repeal of Article 370. This we can’t allow to happen”. 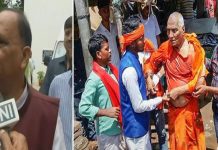