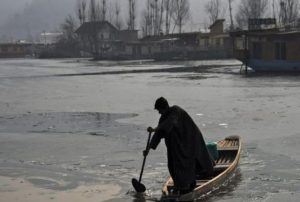 Jammu and Kashmir is set for fresh rain and snow between January 2 and 4 when the state will be in throes of western disturbances. Weatherman has warned of disruption to transport on major highways.
“Under the influence of this system, light rain/snow (plains) to moderate rain/snow (upper reaches) is expected at widespread places of Jammu, Kashmir and Ladakh region,” the weather advisory issued by local meteorological department said.
The advisory predicts the possibility of heavy snowfall in isolated places with maximum intensity  and gradual decrease thereafter.
Weatherman has also warned a significant drop in day temperature and a slight rise in night temperature across the state.
Kashmir has already been experiencing an intense cold wave over the past two weeks with night temperatures dropping to record lows.
Over the last week, night temperatures in Srinagar have hovered between minus 4 degree Celsius and  minus 7.6 degree Celsius which was first such steep drop  in 28 years.
This has caused water supply lines and taps to freeze creating a lot of inconvenience for the people. Many water bodies including famous Dal lake have partially frozen. 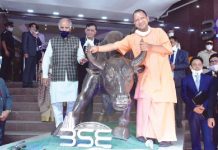 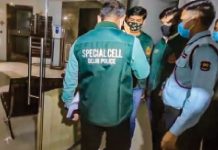