Srinagar: A complete shutdown was observed in Kashmir on the occasion of the 6th death anniversary of Afzal Guru who was hanged on this day in 2013.
The call for hartal was given by the Joint Resistance Leadership comprising Syed Ali Shah Geelani, Mirwaiz Umar Farooq and Yasin Malik.
Business establishments remained closed and transport went off the roads in Srinagar and the major towns.
The separatists and the Guru’s family have sought the mortal remains of his body buried at Tihar jail.
Taking to Twitter, Hurriyat M chairman Mirwaiz Umar Farooq  said Guru was hanged  “against all norms of justice and humanity”.
“Kashmir today remembers and pays rich tributes to #ShaheedAfzalGuru on his 6th martyrdom anniversary. Hanged and buried in secrecy in #TiharJail against all norms of justice and humanity to “satisfy the collective conscience of a state”, Mirwaiz posted.
Police detained three JKLF leaders to prevent them from leading a protest. They were identified as  Noor Muhammad Kalwal, Showkat Bakshi and Mohd Saleem Nanaji.
Kashmir is set to observe another shutdown on February 11 on the death anniversary of the JKLF founder Mohammed Maqbool Bhat. His mortal remains are also buried at Tihar jail. 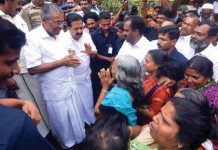 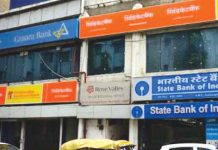