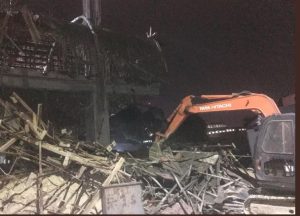 At least two persons were killed and several others injured on early Friday after a portion of an under-construction car parking building collapsed in Bengaluru.

The incident took place at around 4 am in APMC yard, Yeshwantpur.

The injured were immediately rushed to a nearby government hospital for further treatment.