Election Commission’s (EC) flying squad on 8 May has seized 9,746 voter ids and some business cards of sitting Congress MLA and party candidate Muniratna from a flat (that allegedly belongs to a former BJP corporator Manjula Nanjamari ) in Jalahalli, west Bengaluru, which falls under Rajarajeshwari Nagar assembly constituency.

“Whatever we have counted so far are valid IDs and are about 10 to 15 years old. We’ll check whether there are fake ones too,” flying squad official said.

Chief Election Officer Sanjiv Kumar holds a press conference late in the night on 8 May and confirmed “The cards were wrapped in small bundles of paper with some phone numbers and names written on it. They seem to be from some slums.”

He further said,” We have filed an FIR on the matter. It is being investigated and monitored directly by the Election Commission. This is certainly a serious matter; we can’t take a decision here. An appropriate decision will be taken in the next 24 hours.”

The incident was brought to light by a candidate contesting on a JD(S) ticket from the same constituency. He visited the same apartment during campaigning.

He added, “Flat no. 115 at SLV Park View in Jalahalli looked like a mini-BBMP office. Apart from two aluminium boxes filled with ID cards, there were two printers and six laptops.”

Candidate even added that there could be possibility of 50,000 more fake voter ID cards and the list included the ID card of BBMP joint commissioner. 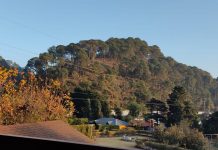 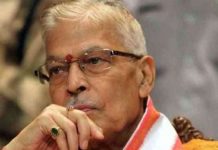