The Supreme Court on Wednesday said that the rebel Congress-JD(S) MLAs could not be compelled to take part in the trust vote scheduled for tomorrow.

The top court also permitted Speaker KR Ramesh to decide on resignations of rebel MLAs within such time-frame as and when he feels appropriate.

It further said, the speaker’s decision be placed before the court.

The discretion of the Karnataka Assembly Speaker should not be fettered by any direction from the court, the top court said.

On Tuesday the rebels MLAs had argued in court that their resignations must be accepted by the Speaker, that they could not be forced to attend the assembly.

Sixteen MLAs of the Congress- JDS coalition have quit over the past two weeks.If the resignations are accepted, then Kumaraswamy government will lose its majority. 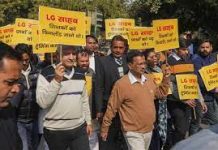 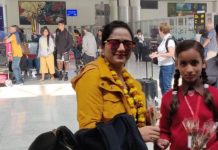