Imminence of polls to the state assembly of Karnataka, scheduled to be held in April or May this year, has been instrumental in envisaging a flurry of hectic political activity in almost all political parties in the state, especially the BJP, Congress and JD(S). The JD(S) has formed an alliance with BSP, NCP and the Left parties, popularly called the Third Front, to contest the forthcoming assembly polls. The Karnataka assembly election is significant for all contesting parties as it will determine the trends in the approaching state assembly polls later this years as well as next years’ general election.

The forthcoming assembly polls in Karnataka are significant for the BJP because it had been in power in the state in the recent past, from 2008 to 2012. Some analysts feel that though winning the state may not be very crucial to the BJP’s overall dominance at present, losing it may affect its future in other southern states of India. The BJP is focusing its entire attention on specifically targeting chief minister Siddaramaiah, rather than the Congress, because it is the popularity of this Congress leader that can prevent the juggernaut of BJP’s electoral victory.

One expert has opined that in a state like Karnataka where religious pluralism has often played truant to the homogenising call of Hindutva, the BJP is projecting Siddaramaiah as being ‘anti-Hindu’ and trying to polarise the electorate by playing the card of thick Hindu identity with a view to keep its flock together in a religiously pluralistic state bequeathed with diverse religious forms such as Shaivism and linga worship traditions, Jainism and Buddhism, bhakti and devotional sects and rich folk-cults.

The early entry of UP chief minister Yogi Adityanath into the electoral arena is seen as part of the BJP’s strategy of polarising Hindu votes. Apart from levelling charges of corruption against Siddaramaiah and exhorting the people to choose between “Commission Government” (Congress) and “Mission Government” (BJP), the BJP is also sharply focusing on its ‘Vikas’ mantra, promise of change in northern Karnataka, and a vow to remove all constraints in Bengaluru to attain the status of a megapolis.

Undoubtedly, the national leadership of the BJP has claimed that the party would win more than 150 seats in the coming assembly elections in Karnataka; nonetheless, some experts are skeptical about this claim in the wake of internal fissures within the state unit of the BJP unless much of the organisational work is entrusted to the RSS.

A favourable verdict in the elections to the Karnataka assembly is crucial for the Congress, which has not won any state election, barring Punjab, after 2014. A victory here would help it capitalise on it elsewhere, boosting its campaigns in other states which go to the polls later this year. Congress is now making efforts to forge a distinct social support base across the country which entails overt recognition to religious belonging as a counterweight to the Hindutva agenda, reaching out to the farming community as a whole, and holding forth as the champion of the backward classes, the minorities and the poor. In other words, the Congress is increasingly veering round a package of values such as respect to religious commitment, social justice and equality, and human dignity as its mantras, without necessarily disowning secularism.

Media reports make it discernible that the Congress, under the leadership of Siddaramaiah, has introduced numerous schemes to alleviate distress, waived small farm loans, regularised squatter holdings on government lands, and conferred title deeds on the settlements of itinerant pastoral communities. It has also assiduously cultivated symbolisms, conferring public recognition on heroes and saints, and banning rituals that it has regarded as superstitious and inappropriate to human dignity. Siddaramaiah has also succeeded in keeping the Dalit flock together by balancing the representation of major Dalit castes.

Siddaramaiah’s intervention on four fronts has been politically very savvy. He has kept the volatile Kannada lobby in good humour, utilised the addition of the Hyderabad-Karnataka region to Article 371 of the Constitution to ensure that the demand for a separate state does not resurface, taken the battle straight to the BJP camp by making Basava, founder of the Lingayat sect, the icon of Karnataka, covertly stoking the popular demand of the Lingayats to be recognised as a separate religion, and ensured that the fallout of riparian conflicts does not boomerang on the Congress by cultivating farmers’ leaders.

Janata Dal (Secular) or JD(S) leader and former Prime Minister H.D. Deve Gowda has entered into electoral alliance with BSP, NCP and the Left parties which it is touted as the Third Front — an anti-BJP, anti-Congress formation to be tested in the political laboratory of Karnataka in the forthcoming assembly polls. In view of the fact that both BSP and NCP have little or no presence in Karnataka, and that the JD(S) vote share in Assembly elections since 2004 has hovered around the 20 per cent mark, many experts feel that this political arrangement is nothing more than an alphabet soup and JD(S) leadership could hope only to damage the two national parties to the extent of forcing a hung Assembly in the state when it goes to the polls.

The JD(S), apart from being short of star campaigners to woo the Dalit space, is also starving for funds. One analyst has observed that undoubtedly, the JD(S)-BSP-NCP alliance wears the mask of being an ideological tie-up and a serious effort to indulge in social engineering; however, in reality, it seems need-based, driven by political arithmetic.

The ensuing state assembly elections in Karnataka are crucial for both the BJP and Congress. For Congress, this is the only big state where it is in power after Punjab. Thus, its victory will be a great morale-booster and open new political avenues for the party in other states and a loss could entail serious long-term political implications. The election is crucial for the BJP too, as Karnataka was the first state in South India where the party stormed to power in 2008 and its victory could act as the party’s gateway to southern part of India.

Since 1985, the state has never re-elected the incumbent party, which means that power changes hands every five years in Karnataka. From 1985 to 1999, power oscillated between Janata Dal constituents and the Congress. The trend was broken in 2004 when the people delivered a hung verdict. The Congress however, managed to retain the Chief Minister’s chair with support of the JD(S) under a formula for sharing the top post.

Some political pundits are of the view that LIBRA has traditionally been the strong supporter of the BJP, whereas the AHINDA has traditionally supported the Congress. With Siddaramaiah at the helm of the Congress, AHINDAs, which had fully backed the party in 2013 resulting in its resounding victory, are likely to go with the Congress again. The Vokkaligas, comprising about 12 per cent of the total population, have traditionally extended support to JD(S) led by Deve Gowda. BJP’s chief ministerial candidate Yeddyurappa is a Lingayat, and SM Krishna, former Congressman who is now in BJP, is a Vokkaliga. Current CM Siddaramaiah is a Kuruba and belongs to the OBC community.

The Lingayats are dominant in North Karnataka, Hyderabad-Karnataka (north-east Karnataka) and Old Mumbai region (Bombay-Karnataka). The Vokkaliga is a dominant peasant caste of Old Mysuru. According to some experts, the Congress and the BJP have a base vote share of 24 percent each, while the JD(S) has started with five percent only. They further argue that the Congress has half the support of the AHINDA, while the BJP has 60 percent of the support of the LIBRA, and in order to win both parties need an additional 10-12 per cent votes and it is for this reason that both the parties are focusing their eyes on the balance seven percent Vokkaliga vote to win.

Keeping in view the fact that the period spanning 2004-2008 witnessed an era of instability and the state saw three Chief Ministerial tenures, one from each party, the question is raised as to whether this trend will be repeated in 2018 and if it does, who will be the beneficiary — the BJP or the JD(S) or will there be a hung assembly situation like in 2004. In case of a hung verdict, JD(S) could be in a position to dictate its terms to the party that wins the largest number of seats, provided it manages to win over 50 seats in a house of 240 seats. However, some experts, while agreeing with the surmise of a hung assembly, affirm the emergence of the Congress as the largest party. Amidst these speculations, it is worthwhile to wait and watch.
letters@tehelka.com 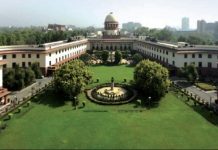