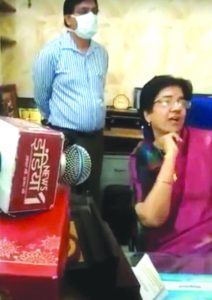 The principal of GSVM Medical College Kanpur, Dr Arti Dave Lalchandani, had landed into deep controversy after a sting video clip of her interaction with some inquisitive local journalists went viral.

Calling Tablighi Jamaat members “terrorists,” she said, “We are giving them VIP treatment by providing food and water. We are draining our resources and manpower on them. We are paying hotel bills and wasting our kits, food and medicines on them.”

Her explosive, communally charged and sensitive observations stormed the medical fraternity with complete disapproval of her conduct as a doctor and wide-ranging condemnation being violation of medical ethics and “Hippocratic Oath” that a doctor owes towards serving the society as and when one joins this pious noble profession.

In a shocking revelation in a video conversation she was heard making intolerant and scornful remarks against a particular community loaded with religious discrimination and unnecessarily roping in the UP Chief Minister Yogi Adityanath, blaming him of “appeasement” politics for extending government healthcare facilities to Tablighi Jamaat members.

The shocking viral video revealed how Dr Lalchandani loudly expressed her inner feelings with uncontrollable sentiments. “These people are terrorists and we are giving VIP treatment to them by providing food and water. We are exhausting our resources and manpower on them. We are paying hotel bills and are wasting our kits, food, medicines on them,” she said. 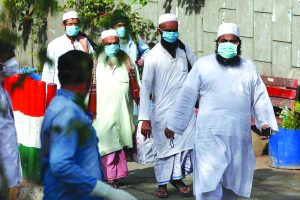 In a mid of conversation, when a journalist asked about her future course of action pertaining to Tablighi Jamaat members, she ostensibly said, “You people don’t leak it anywhere, but I am planning to speak to Union Health Minister Dr Harsh Vardhan. Here, no one will listen. The District Magistrate is doing things as per the orders of the Chief Minister (Yogi Adityanath). The Chief Minister is doing the appeasement.”

Advising inquisitive journalists “not to divulge the details of the conversation,” a hesitant Dr Lalchandani said, “I hope you are not recording it anywhere. Admitting those (Tablighi Jamaat members) to hospitals is appeasement. Those who should be thrown into jails are being admitted to hospitals.” “They should be thrashed in jails and should be put in solitary confinement instead of being kept in isolation wards of the hospitals,” she allegedly said, referring to the members of Tablighi Jamaat.

“Chief Minister Adityanath should issue an order that no resource should be spent on Jamaatis. I even confronted CMO when they asked me that 80 ambulances were engaged in the task. I asked the CMO to send these 22 patients to some jungle and they should be locked in “Kaal Kothari” (solitary cell of Jail barracks), but my voice was suppressed…appeasement is being done for these 30 crore people at the cost of 100 crore people,” Dr Lalchandani expressed outrageously.

Soon after the video went viral, a defensive Dr Lalchandani, who was centre of an ethical controversy over her alleged communally sensitive comments against the Tablighi Jamaat, has rushed to damage control mode by filing a complaint to the police saying the video was made viral with the intention of spreading hatred and disturbing peace in the midst of the coronavirus pandemic and that she is being blackmailed for extortion regarding the same.

In her written complaint filed with the Kanpur police, she alleged that several persons, some of them abroad, were getting calls from a number registered in her name by a caller who identifies herself as Dr Arti Lalchandani and used abusive language. Those who searched for the call details through mobile application true caller found that the number was registered in the name of Dr Arti Lalchandani, a cardiologist, her complaint stated. The doctor has complained that the video was made through a sting operation by pressurisation, super-imposition and provocation and by deliberately contorting her statements.

She initially claimed that the clip had been tampered with but subsequently conceding her blunders she apologised for hurting the sentiment of the community members, whom she described as her brothers and sisters. She preferred a written apology circulated in the media.

However, after controversy erupted, the state government distanced itself from her unsolicited reaction and transferred her to the Maharani Laxmibai Medical College, Jhansi. But a defiant Dr Lalchandani had told local reporters, “I am not going to accept this transfer. I am anyway in the race for the post of vice-chancellor of the King George’s Medical University, Lucknow, and 70 days old video footage made viral with a sole motive to ruin my career prospects at a crucial juncture.”

“My tenure at the (Kanpur) medical college is going to finish in coming September. I have refused to accept the transfer and if need be I shall prefer to resign if forced to shift.”

On April 3, Lalchandani had created a flurry by making unsubstantiated charges in a video that the 22 Tablighis quarantined in her hospital were spitting in the ward and misbehaving with the doctors and nurses.It is interesting to know that all the 22 Tablighis who had been quarantined on April 2 at Kanpur were discharged after 14 days as none of them tested positive for Covid-19. Her insubstantial accusation against Tablighi Jamaat members invoked sharp social disharmony resulted in violence, social stigma and hatred against them jeopardised our composite culture.

Reacting on such murky affairs of GSVM Medical College, a prominent social personality and former CPM MP from Kanpur, Subhashini Ali, demanded immediate suspension of Dr Lalchandani over her controversial comments and asked for a fair enquiry into the matter. She called for stringent action if the allegations are found to be correct.

Spokesperson of UP Congress Committee Amarnath Agrawal questioned the propriety on the part of aprincipal of government’s Medical College blatantly indulged in targeting any community making unfounded allegations against it. Government must take action for indiscipline against her.

“Don’t divide Doctors for the sake of God on caste and religious lines. It would be a dangerous unethical trend in pious medical profession. It is against the oath of a Doctor. Her outburst with religious bias and hatred ashamed our community that cannot be accepted in a civilized society,” said veteran cardiologist Dr. AG Rizvi.

Meanwhile three member search committee headed by former chief secretary Anup Pandey, High Court Judge Sunita Agrawal and vice chancellor of AKTU Dr Vinay Pathak have submitted a panel of suitable candidates to Governor Anandiben Patel. She has yet to take a call for appointment of vice chancellor of prestigious King George Medical University whose present incumbent Prof. M.L.B. Bhatthad completed his tenure a few months back and running on three months extension. Thus fate of prospective candidates including Kanpur Medical College principal is locked in a sealed cover for Governor’s consideration, who has total discretion to even select a candidate not recommended by search committee. 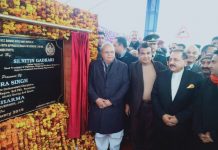