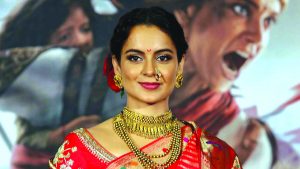 Kangana has publicly criticised celebrities for not turning up for the screening of Manikarnika, but contacting her for the screenings of their films. She has threatened the Hindi film industry saying that the film industry has ganged up against her. She says that “Earlier, I used to stand up against sexism, pay disparity and nepotism in Bollywood but now, I will expose everybody. One thing is for sure that they have called for trouble by ganging up against me.”

Days after the Queen actor lashed out at the film industry for not supporting her during the release of her film Manikarnika — The Queen of Jhansi, Actor Anupam Kher has stood up for her and called her a ‘rockstar’.

Kher’s support for Kangana Ranaut came when a netizen active on Twitter tweeted to Anupam Kher, the actor who was last seen in controversial movie The Accidental Prime Minister that, “nobody from bollywood is supporting Kagana’s Manikarnika movie. Can you please tweet in her support?”

The actor replied, “#KanganaRanaut is a ROCKSTAR. She is brilliant. I applaud her courage and performances. She is also the real example of #WomenEmpowerment.:).”

In a recent interview, Kangana had said that while she attended preview screenings of Dangal, Secret Superstar and Raazi, Aamir Khan and Alia Bhatt did not do the same for her. When Alia was asked about the same at a press meet, she said that if she has upset Kangana, she will apologise to her on a personal level.

Kangana had claimed in an explosive video interview that the industry had ganged up against her for her “nepotism” comments but she was not afraid. She said, “one thing is for sure, I’m not going to spare anyone. Main inki waat laga dungi, ek ek ko expose karungi (I will make their lives hell, and I will expose every single one of them).”

Continuing with the promotions of the film, Kangana had told that she had called up Alia and asked her to ‘grow a spine’. Talking about their conversation, she said, “I reached out to Alia and asked her what makes her think Manikarnika is my personal controversy, it’s a film whole nation is talking about and wondering why Bollywood is keeping quiet on such a relevant work……I asked her if I can be courteous and gracious to acknowledge her requests for encouraging relevant work that she does, why is she so scared to see my film.”

At one platform Kangana was so upset that she almost shouted “is Jhansi ki Rani my chichi”? “I want to ask that whether Rani Laxmibai is my aunt? She is the iconic figure of this country so, why are they behaving like this? It’s just because I talked about nepotism. They all have ganged up against me asking me why I have talked about nepotism,” Kangana said at the special screening of the film held for school children on February 7. She added, “It’s like a class full of students where the class of 60 students are ganging up against one student and they are constantly bullying him so, tell me how does it feels?”

At a press event for Gully Boy, Alia said she hopes Kangana isn’t too angry at her. “I hope she doesn’t dislike me and I don’t think she dislikes me. I don’t think I have done anything intentionally to upset her. If I have, I will apologise to her on a personal level,” she said.

Asked if her Manikarnika would have got more benefit if her colleagues from Bollywood would have promoted the film, Kangana said: “I don’t think promotions of my film by other actors will benefit my film. I have already won three national awards and at the age of 31, I have become a filmmaker so who are they to promote me?”

She went on to say that “They are shameless people and some of them are my grandfather’s age. I don’t want to work with them and I say this to them on their face but we have made this film based on Rani Lamxibai for our future generation because she sacrificed her life for this land.” “Today only Kangana Ranaut is not living in a free country. All citizens of this country are living in free country,” remarked Kangana Ranaut.

Though the film is doing well at the box office, the controversies surrounding the film are never-ending and had begun emanating from the beginning. For starters, director Krish Jagarlmudi has expressed his resentment over Kangana’s claims that she directed over 70% of the film. Krish said that he finished editing the entire film in June and everyone even finished dubbing for their parts, with the exception of Kangana, who was shooting for Mental Hai Kya in London at the time.

Krish said that his identity was tampered with in the credits of Manikarnika: The Queen Of Jhansi. “The first poster which bore the date, had my name. Then came the teaser, which had my name but not as Krish which I am known as in the industry including in the credit titles of my previous films. I was given a new name — Radha Krishna Jagarlamudi — which I never use,” he said.

In fact, he said that when he tried to change this, Kangana told him off. “When I spoke to them about the distortion of my name in the teaser, Kangana told me ‘Aapko abhi zaroorat hai toh aaye ho.’ She told me I have anger management issues (laughs), but it was she who was shouting at me. And now after seeing the film, I see my name again distorted and now in a separate slide!” he revealed. Krish had said, “I don’t think how Kangana can sleep well by taking the first credit in direction when she does not deserve it.” 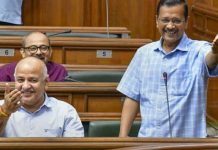 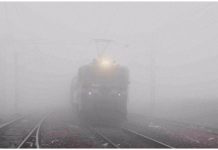